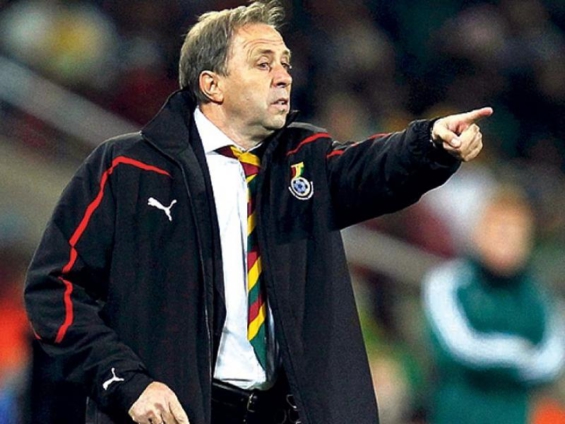 The 67-year-old was contacted by the Ghana FA three-man committee led by Vice President, Mark Addo, on Monday night following their decision to part company with Akonnor.

George Boateng, whose work is believed to be loved by the GFA President, Kurt Okraku, was offered the position of an assistant. He turned down the offer, insisting the top job is what he wants.

Sources say, Boateng has, however, agreed to play the role of a scout for the team instead when they go for the next African Cup in January.

Otto Addo, who featured for Ghana at the 2006 World Cup in Germany, contacted CK Akonnor for insight about the job. It is understood the conversation did not imbue confidence about his job security and so, he also declined.

For Renard, who is the number one choice of the FA per our sources, his reported current monthly salary of $100,000 is a major issue.

GFA investigations, however, revealed that he is on $70,000 per month in his current job as Saudi Arabia national team coach. This figure is still on the high side, but the FA appeared willing to pay if the money would be available from the government.

Mathematically, the FA realised that they would need $2.4 million across a two-year contract duration on the table for all coaches contacted, a figure they can not guarantee is available.

As a result, the football governing body are settling on Milovan who led Ghana to the final of the 2010 AFCON in Angola, losing 1-0 Egypt, and the quarter of the World Cup in South Africa same year.

Milo, as the Serbian is affectionately known, commanded respect from officials and players alike, and the leadership is convinced a second coming is necessary.

Their choice will be debated by the Executive Committee before an announcement is made.

He is expected to sign a two-year deal with a salary of about $45,000 per month.