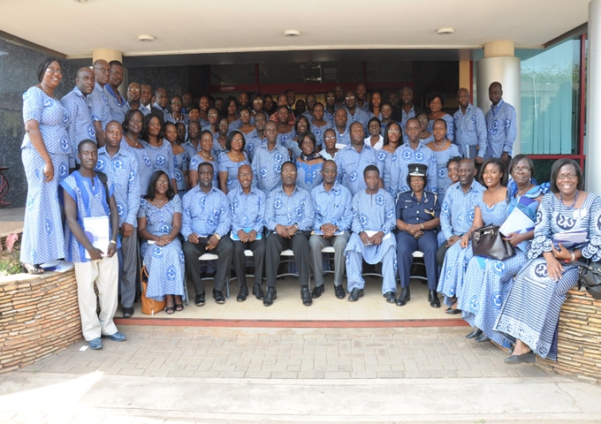 The Minister of Finance & Economic Planning, Seth Terkper has challenged Human Resource Managers to play their managerial role in ensuring effective management of the wage bill.

The Finance Minister said this in a speech read on his behalf by Mr. Emmanuel Adjololo, Chief Budget Analyst & Compensation at the 2013 Annual General Meeting of the Institute of Human Resources Management Practitioners, Ghana held at the Kofi Annan ICT Centre, Accra on Friday, November 08, 2013.

“The Public Service of Ghana has a workforce of 600,000 compared to a population of about 25million. For several years, wage administration in Ghana has been bedeviled by inequalities and distortions. To resolve this problem, the Government of Ghana has introduced the Single Spine Pay Policy in January, 2010. The rationale for its introduction has been to achieve fair, transparent and sustainable wage in the Public Service that could lead to a stable industrial environment”, the Minister explained.

“The question that arises is what role does the Human Resource manager play in ensuring effective management of the wage bill? The Human Resource Managers' functions on two levels; the strategic level and the operational level. Right recruitment is everything for an organization, it should go beyond knowledge, Skills and abilities. It must extend to the potential of the candidates to rise to the very top and contribute to the organization. The HR Manager has the important role of ensuring that high wages paid to labour is linked to improved performance and productivity”, he concluded.

The out-going President of the Institute, Mr. Dan Acheampong hinted that a permanent multi-purpose HR Complex is to be constructed by the institute and reported that they have purchased three plots of land behind the Trade Fair Centre for the project.  He also said the Associate membership had increased from 146 to 198 whilst full membership increased from 450 to 530.