Ministries make money; they should pay their bills – Energy Expert 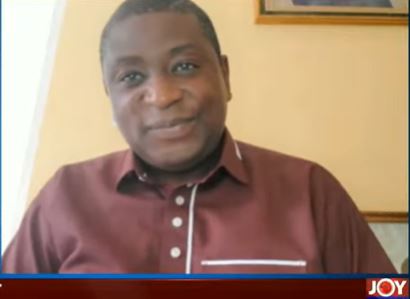 Executive Director of the Institute for Energy Policies and Research (INSTEPR), Kwadwo Poku says Ministries and other state-owned agencies who do not pay their own electricity bills should be made to do so.

This, according to him, will help reduce the country’s current energy sector debt.

Speaking on Newsfile on Saturday, November 27, 2021, the energy expert who was concerned about the high rate at which the debts are accumulating, was of the view that these institutions make money hence, they can afford to take care of their bills instead of burdening the government with such cost.

He was contributing to discussions on the Energy Sector debt which is projected to hit $12.5million if measures are not instituted to check the rate at which the debt is accumulating.

Highlighting the possible causes, he mentioned that intersectoral debts within state institutions and electricity theft through illegal connections are major setbacks.

“…so ECG owes GRIDCo, VRA owes this institution, Ghana Gas owes somebody in the sector so it’s more or less an intersectoral debt that goes like a merry-go-round. That’s also a big factor,” he said.

He added that debts owed by state institutions including Ministries, Departments and Agencies (MDAs) also account for the majority of the cost.

“When PDS was to happen, the government went to Parliament and ring-fenced certain sectors and certain Ministries that were not to be part of prepaid meters. Consequently, “some government institutions don’t pay their electricity bills. That included Education, Health, Finance, Interior Ministries, etc.,

“Now all these Ministries and institutions under them, don’t pay their electricity bills, so government becomes the highest debtor.”

The Energy expert contends that these Ministries and State-Owned enterprises should be made to cater for their own bills since they are money-making institutions.

He, thus, entreated the government to ensure that these institutions pay their own bills if indeed, it wants the problem resolved.

“It’s a problem where government needs to sit up because, it [government] is the number one cause of the problem. So if government wants to resolve this problem, we should put prepaid meters on all MDAs, barracks, schools, hospitals, and institutions not paying their bills,” he said.

DISCLAIMER: The Views, Comments, Opinions, Contributions and Statements made by Readers and Contributors on this platform do not necessarily represent the views or policy of Multimedia Group Limited.
Tags:
energy sector debt
Kwadwo Poku
State-Owned Enterprises