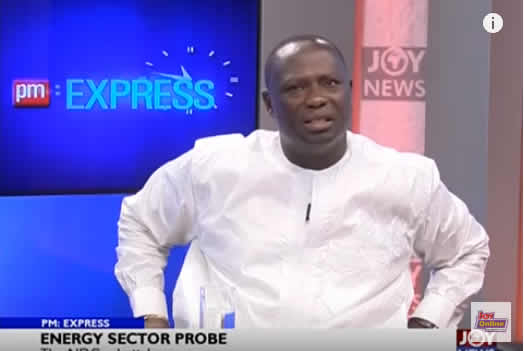 The Minority National Democratic Congress (NDC) in Parliament has disagreed with a statement by President Nana Akufo-Addo in the 2020 State of the Nation Address (SONA) that their administration did not drill new oil wells between 2013 and 2016.

According to them, records from the Petroleum Commission indicated otherwise, showing that the NDC government between 2013 and end of 2016 drilled 38 oil wells that were accompanied by US$2.2 billion worth of investments.

“It is factually inaccurate that there was no drilling activity between the period 2013 and 2016,” the NDC Minority said.

Members of the Minority, who walked out on the President after his arrival in the parliamentary chamber to deliver the 2020 SONA, were in the chamber, but filed out one by one, leaving a few who sat in silence as the debate on the SONA began and continued.

Addressing the media in Parliament, Mr Emmanuel Armah-Kofi Buah, the Ranking Member of the Mines and Energy Committee in Parliament, stated that the interaction was to correct some factual inaccurate statements made by President Akufo-Addo during the presentation of the SONA.

He maintained that the President’s assertion that the previous NDC government did not drill any oil well was incorrect.

President Akufo-Addo in the SONA noted: “We have also implemented a change from the opaque allocation of Ghana’s oil block to a more transparent allocation process and advisably so.

“The opaque period between 2013 -2016, according to the Ministry of Energy, the signature of 13 petroleum agreements from which oil wells were to be drilled, but not a single oil well was drilled. In contrast in my time over the last three years, there have been six drilling campaigns and three different blocks, worth others on the way. We drill more and find more oil.”

However, Mr Buah asserted that the petroleum upstream sector under President Akufo-Addo had come to standstill.

He said the revenue that was projected between 2017 and the end of 2020 would be US$20.6 billion, but the whole period of the NDC would only receive GHGH¢6 billion because the government at the time was busy ramping up the country’s oil reserves.

Mr Buah also touted the NDC’s Government record for putting in place the regulatory institution such as the Petroleum Commission and the Petroleum Management Act.

He said NDC passed the Local Content Law to build the capacity of Ghanaians to be active participants in the oil sector and as such GH¢1.2 billion worth of contracts went to indigenous Ghanaian businesses, GH¢5.2 billion went to Ghanaians and foreigners as joint ventures.