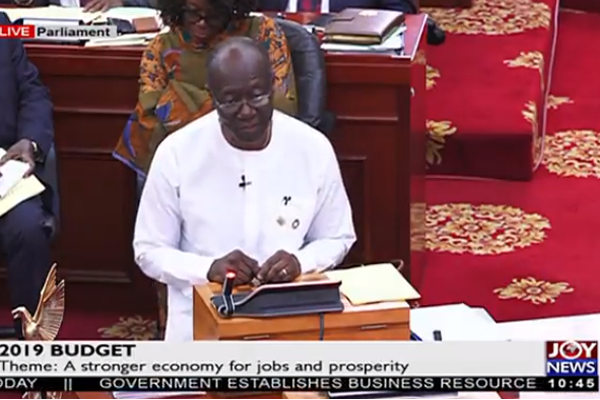 The Minority in Parliament has announced, plans to summon the Finance Minister Ken Ofori-Atta to the Chamber to answer questions surrounding the cancellation of the Power Distribution Service (PDS) contract.

The Minority Leader Haruna Iddrisu dropped the hint in his opening statement when Parliament resumed sitting Tuesday after a long break.

He expressed hope that the question and answer session could bring clarity and closure to the controversy surrounding the deal.

Haruna Iddrisu on the Floor of Parliament

Government signed a concession agreement with PDS in March 2019, handing over more than ¢22 billion in assets of the Electricity Company of Ghana (ECG).

But by July 2019, PDS was suspended after government said, per contract terms, it failed to provide demand guarantees as proof of its financial ability to run ECG.

From then on, it has been a downward spiral for PDS as corporate governance issues and a tussle over shares came to the fore.

On Sunday, government announced it has terminated the deal.

The US government acting through the Millennium Challenge Account which seeks to help Ghana resolve some of its energy challenges has given government an October 30, 2019 deadline to restore the deal.

Failure to do so could see Ghana miss out on up to $190 million.

The opposition NDC has been piling pressure on government to prosecute persons found culpable in the PDS debacle.

The party’s General Secretary John Asiedu Nketia on Monday said PDS deal was an attempt by cronies of the President to loot public assets.

In Parliament, the Minority Leader and MP for Tamale South wants to file a Half-hour motion, a rarely used instrument, to summon the minister.

In a half-hour motion, the entire house is asked to agree to invite a Minister for questioning instead of the Speaker giving the nod for such an invitation contained in ordinary motions.

DISCLAIMER: The Views, Comments, Opinions, Contributions and Statements made by Readers and Contributors on this platform do not necessarily represent the views or policy of Multimedia Group Limited.
Tags:
Ken Ofori Atta
Minority in Parliament
PDS