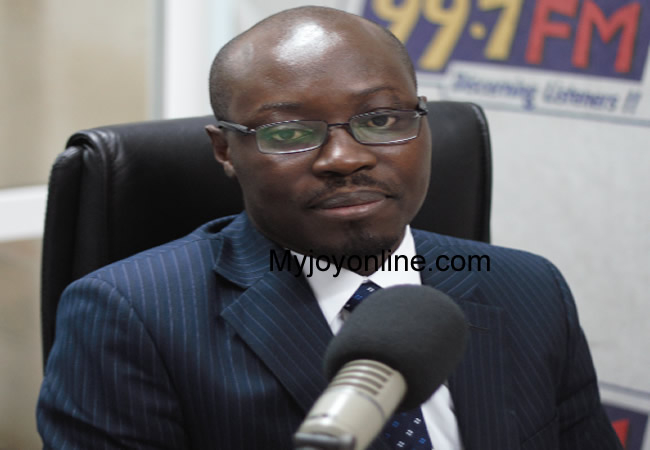 The Minority is accusing the government of inflating the cost in issuing the ESLA bond which they claim has failed.

In a statement issued Thursday the group says a whopping GHc 177,241,976 million was expended in issuing the ¢6 billion targeted bond.

Government raised ¢4.7 billion cedis of the bond, ¢1.45 billion short of the target.

The Minority on Wednesday berated government for opting to use ESLA PLC vehicle to issue the bond when it ought to have used the sovereign guarantee.

They accused the government of causing financial loss to the state, an accusation government has been quick to dismiss.

However on Thursday, the Minority has issued another statement providing a breakdown of the expenses incurred in issuing the undersubscribed bond.

The minority group did not understand how a whopping ¢80 million would be expended just on administration.

The full details of the statement is as follows;

The Minority in Parliament has learned with outrage, the hugely inflated expenditure incurred in the issuance of the failed Energy Bond. Information available in the Bond prospectus indicates that a colossal GHc 177,241,976 million was spent on the programme expenses. A breakdown of the expenses is as follows:

The expenditures above are nothing short of scandalous. We note that only about GHs 700 million of cash was raised during the bond issuance. The remaining GHs 4 billion was issued in a swap deal with banks which held the energy sector debt.

This means that government merely paid back the debts owed them albeit over a staggered period equivalent to the duration of the 7 and 10 year bonds. A swap deal is done almost for free hence cannot be considered to have been part of the cost.

This also means that the Finance Minister and his team have paid GHs 177,241,976 for just about GHs 700 million representing over 25% of total monies realised.

Even more alarming are parts of the breakdown of the programme cost which shows that an astronomical GHs 80 million was spent on “administrative expenses” which essentially covers air tickets, hotel accommodation, per diems and other such expenses. We are unable to come to terms with how such huge amounts could be spent on the team that floated this bond especially given the embarrassing failure that they encountered.

When set aside the expenditures incurred during the floatation of bonds under the NDC government, we notice a wide and unacceptable disparity which can only be the result of massive inflation of costs.We demand an immediate enquiry into this scandalous affair and a detailed explanation from the Finance Minister over how these expenditures were incurred.

We also demand a detailed breakdown of all the costs involved particularly the administrative expenses and how the arranger’s fees were disbursed.

Ranking Member on the Finance Committee and Spokesperson