MMDCEs Appointment: I pray Sam Pyne can do what the Kumasi people want – Kojo Bonsu 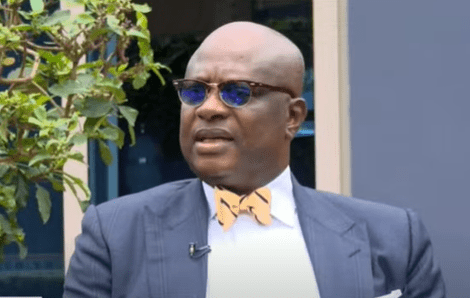 Former Mayor of Kumasi, Michael Kojo Bonsu says he has no ill intentions towards the newly appointed Kumasi Mayor, Sam Pyne, thus hopes for nothing but the best as he carries out his mandate.

Interacting with Ayisha Ibrahim on PM Express Personality Profile, the member of the National Democratic Congress (NDC) noted that Mr Pyne has proven himself to be an individual who is objective.

He however hopes Mr Pyne can match up to the expectations of the people of Kumasi since his appointment can be regarded as political,

“The appointment for the Mayor of Kumasi concerns me. I think they have done a political appointment. I don’t have anything against the newly appointed mayor, Mr Sam Pyne. I have heard a lot about him. I’ve listened to him on the radio.

“He [Sam Pyne] makes very good arguments but Kumasi’s job is a bit different. I pray and hope that he can do what the Kumasi people want.”

According to him, the residents in Kumasi are seeking for an individual who is bold and can provide solutions when least expected.

“The Kumasi people like boldness, somebody who can think outside the box. He should be well placed for the job and to be able to take decisions. I will encourage him to be able to do well.”

His comments come after the government through the Minister of Local Government, Decentralisation and Rural Development, Dan Botwe released the list of nominees for the Metropolitan, Municipal, and District Chief Executives (MMDCEs) positions.

Following this, some citizens have taken to the streets to register their discontent with some nominated individuals.

Some supporters of the governing New Patriotic Party (NPP) in the Chereponi and East Mamprusi Districts of the North East region went on a rampage and vandalised party property.

Some resource personnel in hope of resolving the matter have suggested that such positions must be voted for.

On the matter, the former Kumasi Mayor explained that he supports the call for residents electing their own MMDCEs. He, however, noted that the persons who vie for the Metropolitan Assembly positions should be appointed by the President.