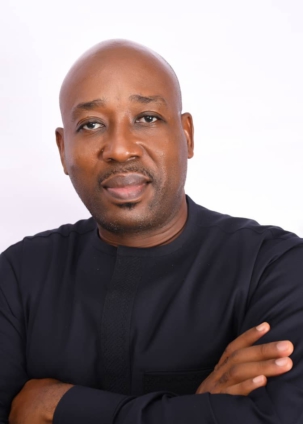 The Volta Regional Chairman of the New Patriotic Party (NPP), Makafui Woanyah, has advised his fellow Patriots to accept the President’s nominees for the positions of Metropolitan, Municipal, and District Chief Executive.

He called for calm ahead of the announcement of the nominees, following news of unrest and agitations at the party’s grassroots about a purported list.

“Let’s eschew acrimony and rancor”, he stated in a press release copied to Myjoyonline.

He detailed that President Akufo-Addo has the sole responsibility to appoint individuals he deemed fit and resourceful to assist “deliver on his mandate and transformational agenda.”

“The opportunity to serve is, therefore, a privilege and not a do or die affair”, he said, urging party members to support the nominees in the discharge of their duties, when confirmed.

He opined that there would be opportunities for every faithful to serve in government, once the party remains in power, hence charged them to be committed to the ‘Breaking the 8’ mantra of the NPP.

“There always will be a better tomorrow. The longer we stay in power, the greater the opportunities and the chance for us all to take our turn”.

“There will be no winners nor losers in this process. Those who will be nominated will need the prayers and support of all of us to succeed”, Mr. Woanyah stated.

He congratulated the nominees, promising his utmost support to every one of them in his jurisdiction to be confirmed by their respective assemblies.

“I also urge us all to be measured, magnanimous, and gracious in our reactions to the nominations later today”, he concluded.