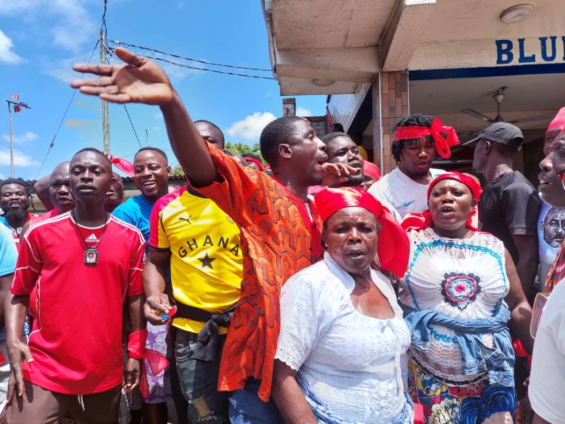 A governance expert has reiterated the need for MMDCEs to be elected rather than appointed.

He said that is the only way democracy can be guaranteed from national to the local level.

Speaking on Joy FM’s Super Morning Show Monday, Dr Oduro Osae explained that the protests that greeted the announcement of the list of MMDCE’s across the country, is because these leaders have been imposed on the people at the various Assemblies.

“The conversation we should be having is when are we going to have MMDCEs elected? Or else that governance deficit will continue to affect us. Why can we elect our President on partisan basis, elect MPs on partisan basis, but Chief Executives who matter most, who are closer to us, who are to bring development to us, we are not able to elect them?”

His comments come at the back of the protests by some dissatisfied members of the NPP in some regions after the list of MMDCEs was released on Sunday.

In the Chereponi and East Mamprusi Districts of the North East Region, the nomination of Hajia Rashida Mahama and Madam Zuweratu Mada Nashiru as District Chief Executives, respectively, has been rejected.

Some of the supporters in Chereponi also went on rampage by vandalising party properties to express their rejection of the President’s decision “to impose on them a stranger who only joined the party in 2016”.

Also, the Regional Council of Elders of the NPP and the Regional Executive, led by the Regional Chairman, Alhaji Iddrisu Sulemana, has appealed to all party members to accept the list of MMDCE nominees announced Sunday.

Addressing these ongoing violent behaviors, Dr Osae said, these incidents will not end “until and unless we bite the bullet as a country to elect MMDCEs”.

He emphasized that if the country fails to elect MMDCEs, newly elected Presidents would then have to rely on Assembly representatives, and this in turn would result in agitations.

“People would naturally express their displeasure because they [citizens] have candidates.”

He said that even if the President had done all the requisite consultations, it would have been difficult for citizens to accept the nominations.

“The reason is that the national committee itself had recommended a number of people. And that is what makes it dangerous. The way the thing is, it’s difficult for the President to touch base with all 260 MMDAs. So he can only rely on people.”