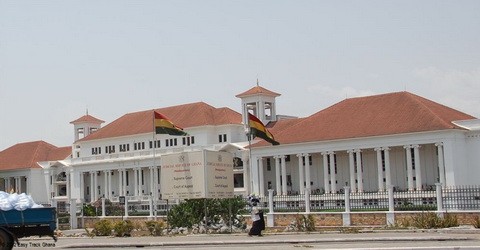 A social and political commentator, Owula Mangote says the reason some section of the public disrespects the judiciary is its history with bribery.

According to him, the public no longer holds the service in high esteem as they previously did.

Speaking on Radio Gold’s news analysis programme, ‘Alhaji and Alhaji’, Mangote said “Why will this important bastion of our democracy society all of a sudden become a subject of abuse or insults or threats?

“It is because with the greatest respect to them, they brought the administration of justice into disrepute when they started accepting bribes.”

The judges, he believes cannot, now turn around and question the public when they make uncomplimentary remarks about them.

Owula Mangote was contributing to a discussion on threatening comments made by some panelists on an Accra based radio station.

The panelists, Alister Nelson and Godwin Aku Gunn in a discussion programme on Montie FM threatened to kill judges who ordered the deletion of 56,734 'illegal' names from the voters register.

Their provocative comments received swift condemnation from a cross section of the public.

The duo have been formally invited to appear before the Supreme Court on July 12, 2016 to explain why they should not be held in contempt of the court.

Although Mangote condemned the acts of the panelists, he said they cannot be entirely blamed.

In his view, the investigative piece by Anas Aremeyaw Anas in which judges were caught on tape taking bribes is woefully bad and disgraceful.

The stature of judges and the privileges they enjoy in order to ensure a balanced adjudication of justice has been tainted by the investigative piece and the public no longer reveres them as they use to, he said.

“After all the training and the fact that you go on retirement on your salary, you are accepting goats as bribes. So you have brought your own names into disrepute,” he stressed.

He said it was time for the judiciary to do some self introspection because they are losing respect, adding, “I churn that our judges will do that [receive bribes].”