More trouble for Wizkid as 2nd baby mama opens up 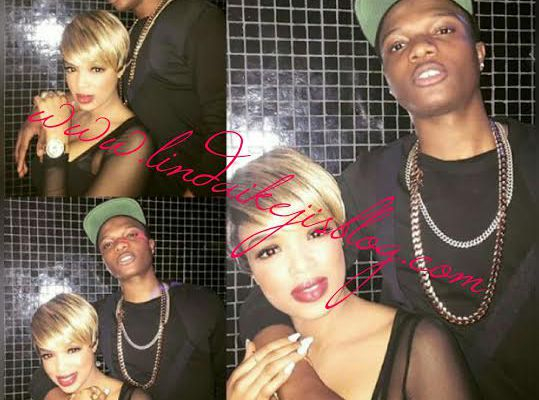 Ayo Balogun, A.K.A Wizkid, seems to be finding a soft spot in the media this year. First it was a night club fight and now, it’s even something more controversial and messy.

The father of one has tried so hard to distance himself from social media scandals, but recent events have shown that the pop star has been proved wrong. Earlier in the week, news broke that the pop star has another love child by a second baby mama, Binta Diamond Diallo who hails from Guinea, though Wizkid has not confirmed or denied the rumour about him having another child with his alleged baby mama, Binta Diamond Diallo.

Sources close to Wizkid confirmed that his erstwhile girlfriend, Tania Omotayo, broke up with him recently, though both of them had a mutual understanding to remain civil and matured about the new development, all in a bid to avoid media scandals. Obviously, this is why she has kept her distance from the music star for sometime now. She even boycotted most of wizkid’s events. One of such events was his Industry Nite. Tania was on vacation to Dubai with her friends. Could this have been possible if they were still love birds?

It looks like Wizkid has been caught in a web spun with his own hands. The news of his second baby mama seems to ring true. According to reports, the alleged baby mama, Binta Diamond and Wizkid have been in a secret relationship for sometime now. When she became pregnant they kept the relationship on a low key till she gave birth and shared the name of her son on her Instagram page. Surprisingly, she named the child after the star boy, – Ayodeji Ibrahim Balogun – which is Wizkid’s exact first, middle and last names.

Since the news broke out about Wizkid’s alleged second baby mama, the pop star has avoided the social media and has so far not officially confirmed or denied the rumour.
Meanwhile, reports had it that Binta Diallo has made some new revelation regarding her new-born son. She was said to have explained why she intentionally named her son after the

Afro-pop star, saying it was to avoid a repeat of the situation with Wizkid’s first baby mama- Oluwanishola Ogudugu. When Sola had the singer’s son in 2011, Wizkid repeatedly denied having any child until the evidence was too immense for him to run from.
Binta, having learned from Sola’s experience, didn’t want to fall into such a media ordeal, and as such, chose to expose the fact that she had just given birth to Wizkid’s son.

However, in a statement during the week, his management said, Wizkid hasn’t confirmed the news making the rounds that he has fathered another child.

“Wizkid still hasn’t confirmed any news about him having another child. We know he is single and will be releasing his EP next month.” Wizkid alleged baby mama is said to be a Guinean model based in the United States. She has taken to her instagram page to release pictures of herself during pregnancy.”