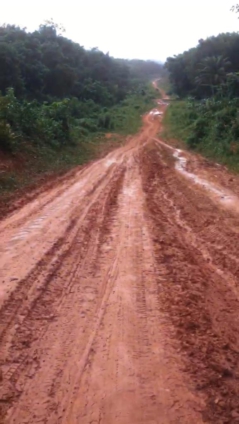 The Chairperson of the Roads and Transport Committee in Parliament, Kennedy Osei Nyarko, has attributed Ghana’s road network issues to inadequate finance.

According to him, critical roads that are in deplorable conditions are stalled due to this hiccup.

Thus, should government find enough resources, road problems will be a thing of the past in his view.

“If government should be able to find the money for all contractors working currently on roads across the country to move back to site without even awarding new contracts, I can tell you that most of our road problems in this country will be fixed.

“And we will see a drop-down of these demonstrations by constituents over deplorable roads,” he told host of Newsfile, Samson Lardy Anyenini, on Saturday.

Ghana’s road challenges became a major topic this year after some artisan at Suame Magazine attacked their Member of Parliament, Osei Kyei-Mensa-Bonsu over the deplorable state of their roads.

The angry artisans flung sachets of water and other items at the legislator and his entourage on Monday.

The artisans were irate over delays by the government in fixing the deplorable Suame Roundabout-Maakro stretch of the main Kumasi-Techiman Road which they say is not only hampering businesses but also threatening lives.

However, Mr Nyarko said critical roads have been selected in every constituency across the country and they will all be attended to in due time.

He also maintained that it is inadequate resources has restrained government’s ambition to achieve its promise to invest in the road sector.

DISCLAIMER: The Views, Comments, Opinions, Contributions and Statements made by Readers and Contributors on this platform do not necessarily represent the views or policy of Multimedia Group Limited.
Tags:
Kennedy Osei Nyarko
Roads