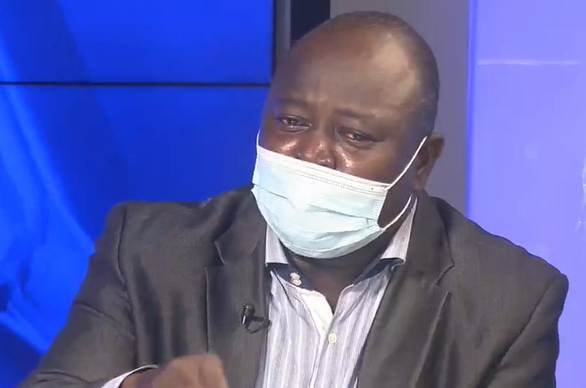 The Assistant Commissioner of the Ghana Revenue Authority (GRA) says some professionals who shirked their tax obligations have reached out to the Authority to perform their civic responsibility.

Mr Dominic Naab made the revelation on Thursday while interacting with George Wife on JoyNews‘ PM Express Business Edition.

“The temptation to think that many of them are not paying is there. I must admit that there are a lot of them that are not paying. Following the President’s admonishing, most of them have started calling us,” he said.

This comes after President Akufo-Addo noted that about 60,000 professionals in the nation’s workforce are not complying with tax laws.

Describing the situation as worrying, the president stated that “They will soon be receiving friendly phone calls from the tax authority.”

“I sincerely hope that those involved will swiftly move to regularize their tax affairs before the GRA moves to crack the whip,” he added.

According to Mr Dominic Naab, the Ghana Revenue Authority has contacted professional bodies and is going after all who have failed to pay their taxes.

“What we have also done, even before the President made the call is to arrange with the professional bodies, get the data of all professionals and begin to go after them. We are going after them as we speak now, calling them on phone and paying them visits.”

He added that “we (GRA) are doing that because it is our responsibility as GRA to ensure that every person pays their tax.”

The ‘Name and Shame’ initiative he said will also be employed by the Authority in carrying out its mandate.

Again, Mr Naab assured that culprits will be prosecuted since the Authority has trained some staff and strengthened its prosecution unit.