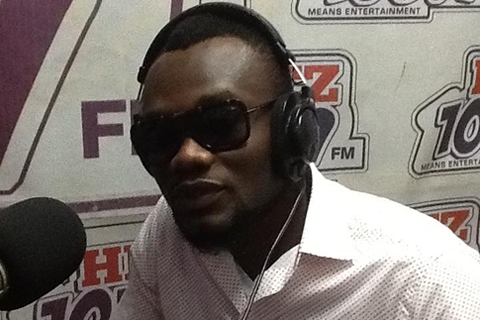 Actor Prince David Osei has disclosed that movie producers these days are unable to afford the services of actors because they do not make enough money from shooting movies due to the erratic power outages.

He said, "sometimes they can't really afford you because they don't make that much money so when they call you and you mention the price and they can't afford you, they go for someone else because they need to survive".

Prince said the ordeal is affecting production because, "when you produce a movie and you are depending on people to buy the DVD, how do they watch it, it will only take the intervention of God",

He was speaking on 'Showbiz Fylla' with Amanda Jissih on Hitz Fm on his one man cast movie 'Last Night'.

On the idea behind his one man cast movie, he said, " it got to a point in my carrier it was like, if I am not playing the lover boy then I'm playing the hard core and to me I felt like I've become stuck so I decided to challenge my artistic ability on something that has not been done before".

The movie according to Prince is 90 minute suspense filled that casts only one man, a radio show host and a drug addict called Bright Mensah who gets into trouble and in an attempt to resolve the problems ended up being buried alive in a casket.

He said he adopted the script form Baba Tunde Adewale Dennis a Nigerian and changed the screen play.

Last Night' premieres on Friday August 21, 2015 simultaneously at the Silverbirds cinema Accra Mall and West Hills Mall at 6pm and 8pm and an after party at the Aknac Hotel at Trassaco Valley.