MP to sue Auditor-General over ‘gaffe’ in GETFund scholarship list 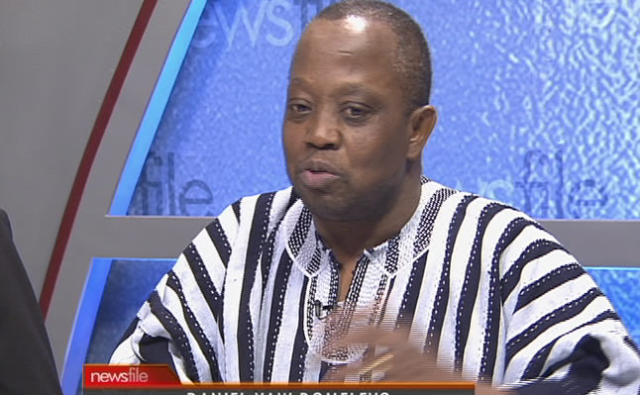 The Akim Swedru legislator has issued a 24-hour ultimatum to the Auditor-General to remove his name from the GETFund scholarship list published by his office or face possible court action.

Kennedy Osei Nyarko, whose name also appeared on the list was said to have received a scholarship to study at the SOAS University of London for a Certificate in Environmental Management.

Though an amount of money was not attached to the Deputy Agriculture Minister’s, name, he has received backlash from the general public with many Ghanaians arguing that political figures do not fall under the poor but needy category stated in the GETFund Act, 2000 (Act 581).

A performance audit report by the Auditor-General on the administration of scholarships by GETFund revealed that some government appointees benefitted from the Scheme.

But in a press release Thursday, Mr Osei Nyarko rejected the report, describing it as a big gaffe by the Auditor General since he has never applied or been granted a scholarship by GETFund.

Backing this claim with a warning, the Managing Partner at Safo And Marfo @ Law, Gary Nimako Marfo described the report from the Auditor-General as porous and unbefitting of his high office.

He said the intention of the publication was to cause public disaffection towards his client, hence his decision to sue should the Auditor-General refuse to retract and render an unqualified apology to Mr Osei Nyarko within 24 hours.

Below is the release from Safo And Marfo @ Law