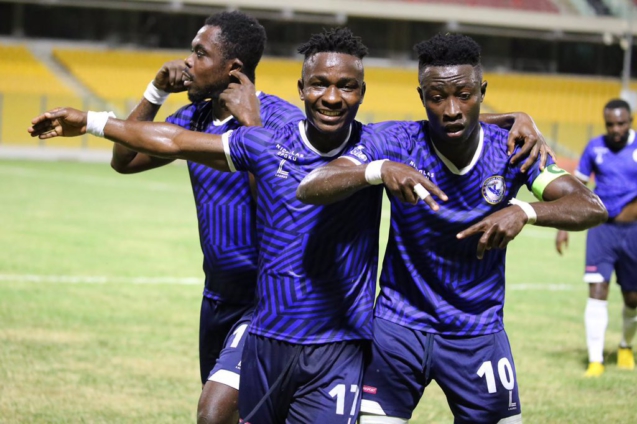 Berekum Chelsea will look to break their MTN FA Cup drought and reach the final for the first time as they play AshantiGold on Sunday at the Cape Coast stadium.

Berekum Chelsea come into the semi-finals as the wild card team having beaten the defending champions Asante Kotoko in the quarter-finals.

Chelsea came close to a historic double in 2011 after they won the Premier League in remarkable fashion. They eventually lost to Nania FC on penalties at the semi-finals stage at the MTN FA Cup that season.

The Blues had a season to forget finishing 10th, avoiding a relegation battle very late in the season. Contrastingly, their form in the MTN FA Cup has caught the eye.

They dominated their round of 64 tie against Bofoakwa Tano winning 4-1 before beating Steadfast FC with the same score line in the round of 32 stage.

Chelsea needed a penalty shootout in the round of 16 to go past a spirited Kintampo FC side. They continued to the quarter-finals where they recorded the upset of the competition by eliminating Kotoko 5-4 in a penalty shootout after the game ended 1-1 in regular time.

Berekum Chelsea come up against former champions AshantiGold SC who began their campaign with 1-0 away win against King Faisal.

The Miners defeated third tier team Aboi Young Stars in Sameraboi at the round of 32 stage. The one-time champions then breezed through the semi-finals after beating Aduana Stars and Kintampo Top Talent 4-2 in the round of 16 and quarter-final.

The Miners last won the MTN FA Cup title in 1993 and most recently lost a final to New Edubiase United in 2012.

The semi-final encounter between Berekum Chelsea and AshantiGold will be played on August 1 at the Cape Coast stadium.

The winner will face either Hearts of Oak or Medeama SC in the final of the 2020/21 MTN FA Cup.