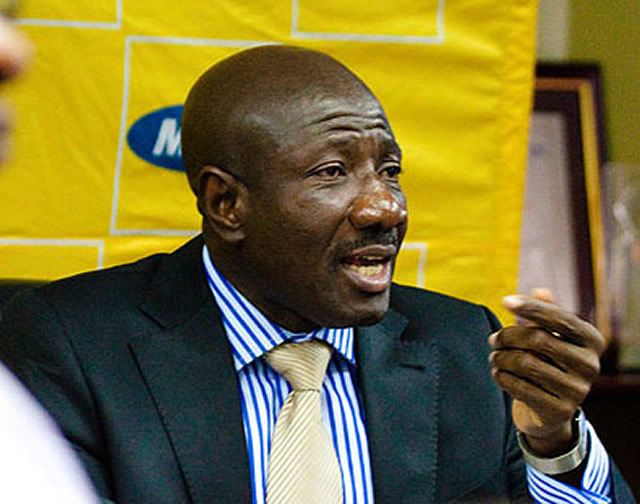 MTN Ghana Chief Executive, Ebenezer Twum Asante, has been named the CEO of the Year in Africa's telecom industry at the recently held AfricaCom Awards.

AfricaCom is the continent’s most prominent annual industry awards for the telecommunications and information technology sector, and Ghana dominated this year's awards.

This top award to Mr Asante comes weeks after he was named CEO of the Year within the MTN Group.

When he won the MTN Group top award, the accolades recognised his competence and strong leadership qualities, emotional intelligence, focus on the bigger picture, providing vision and strategy, demonstrate the problem-solving capability and delivers value.

Asante was also lauded as a person who drives culture and change, builds stakeholder relationships and achieves both financial and non-financial results.

“He is also an exceptional leader who understands self, is emotionally matured, shows humility and compassion, exemplifies ethics and integrity and communicates effectively," a statement from MTN said.

The AfricaCom award was in recognition of the consistent growth of MTN Ghana under his visionary leadership.

Mr Asante is the first Ghanaian-born CEO of MTN Ghana, after service toe years as CEO for MTN Rwanda.

He has overseen the healthy performance of MTN Ghana, including growing market share consistently even in the face of a market largely described as saturated.

Recently, MTN Ghana subscriber base saw a 3 percent growth to over 18 million, shooting its total market share to almost 50 percent, and mobile data market share to over 60 per cent.

Under him, MTN is in the process of offloading shares to local investors to give Ghanaians a greater stake in a company that has enjoyed tremendous success in this country.

He  told Adom News he is humbled by the laurels and he gives all the credit to his strong leadership team & the gallant staff of MTN Ghana, who make a difference each day.

"I'm only there to serve, provide direction, vision and create a great execution environment for the team to perform," he said.

He said the award "tells about our vision and digital strategy to focus on customers, people in the organisation. It also shows innovation is on course."

Mr Asante said he will continue to provide serviced-based leadership that should convince "customers the future can only be great."

Other winners were Huawei, which scooped the prize for Delivering Excellence in Customer Experience and Most Significant LTE Development, the latter alongside Namibia’s MTC.

The judges’ most notable entry came from BRCK with their Kio Kit – Digital Classroom in a Box which won Best Pan-African Initiative.

There were over 100 entries with 13 overall winners.

The judging panel said it was thoroughly impressed with the quality of entries and the range of industry projects carried out.