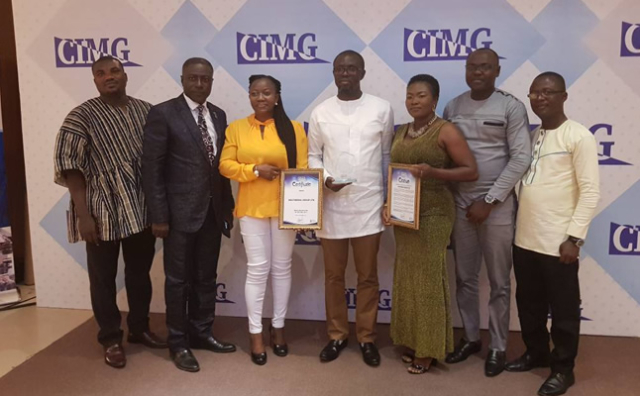 For the second year running, the Multimedia Group Limited has been adjudged the CIMG media organization of the year, 2017.

The award is in recognition of Multimedia’s great programme marketing mix which for the year under review has educated a mass of listeners, appealed to their emotions and generated the needed excitement for listeners, readers and viewers alike.

The group, in 2017 championed the Safe Water Project which led to the provision of good drinking water especially for communities in the Volta Region, Habitat Fair and exciting fora like that for Migration.

There was also a great many entertaining events including the Corporate Jam which was the toast of many corporate workers, the Adom Fufuo Party, and the usual trademark exciting radio and TV programmes, which have put government on its toes and served the interest of the citizens.

The biggest of the impact stories was the documentary by Seth Kwame Boateng- Next to Die- which told the heart wrenching story of how mothers and their babies die in the process of delivery.

There was no bigger story than that which led to the building of a new mother and child hospital at the Komfo Anokye Teaching Hospital championed by the Rebecca Foundation.

It is these programmes, events, campaigns which endeared the hearts and minds of citizens, who in return, voted the Multimedia Group Limited as the Media Organisation of the year 2017.

Proud workers of the Multimedia Group picked the awards, Friday at the vintage CIMG Awards and Dinner dance programme held at the Banquet Hall in Accra