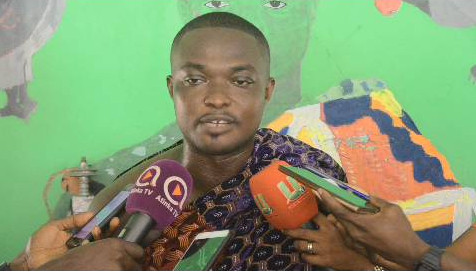 The Dompim-Pepesa chief says he is heartbroken about the impact of illegal mining activities, popularly known as ‘galamsey’, within his area.

According to him, all the forest reserves and water bodies have been affected badly.

“The situation here now is worse than the time Erastus (Erastus Asare Donkor, JoyNews’ journalist) visited this place. If you come here to visit Dompim-Pepesa, what is happening is very disastrous. That is what I can say for now.

First and foremost, you see Erastus has been showing some of the colours of the samples that he picked, it is more serious than before and my heart is bleeding,” he lamented.

Meanwhile, he has also accused some government appointees of being behind this.

Nana Nyonwah Panyin IV said he has incontrovertible evidence of their involvement in the activity in the area.

“I know not of any company but I know of the very people who are behind the operations of ‘galamsey’ in my area. First and foremost the Regional Minister, Kwabena Okyere Darko-Mensah is involved.

The MP for the area, Tarkwa Nsuaem, Honorable George Mireku-Duker is also involved and the MCE, Benjamin Kessie is also involved I have told you I am not going to disclose my arsenals to you.”

“They said they were going to sue, so let them sue. I’ll let out my arsenals at the right time,” he alleged.

DISCLAIMER: The Views, Comments, Opinions, Contributions and Statements made by Readers and Contributors on this platform do not necessarily represent the views or policy of Multimedia Group Limited.
Tags:
Dompim-Pepesa chief
Galamsey Fight
George Mireku Duker
Government
Kwabena Okyere Darko-Mensah