My husband and I have a stupidly simple marriage agreement 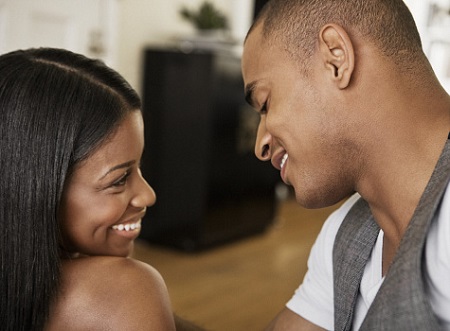 My husband and I have an agreement. Actually, we have several agreements, but that goes without saying after 10 years of marriage.

You can’t get through that much time together without coming to some pretty firm agreements to keep the collective peace, and that, dear friends, is what healthy marital arguments are for.

This piece isn’t about those agreements, though. This article is about the first agreement — the founding agreement if you will.

It may be simple, but we take it very seriously: We agreed to never get divorced.

I know. It is so simple. You probably think I’m an idiot, but please read on.

It all started with — and this might sound obvious— our wedding. The thing is though, at the time, my head wasn’t in quite the spot it is now.

When I walked down that aisle, draped in puffy white layers of satin and tulle, carrying a big bouquet of white roses and heading towards the man who’d put up with the wedding planning and my psychotic obsessing about that one infuriating friend who couldn’t be bothered to R.S.V.P., I was quietly thinking that divorce was always an option if this didn’t work out.

It wasn’t a conscious thought, really; but it was there.

It was a defense mechanism; an integral cog in a very messed up but powerful wheel that had been built up through every failed, brutal relationship.

A gal’s gotta build some hefty walls to survive, right?

Don’t get me wrong — I wanted to marry this one. I loved him and still do. But the frightened little girl inside of me was constantly and secretly checking for hidden exits.

Like my emotionally broken cat, Zoey, who always seeks a way out of every situation and refuses to be held, I felt safer believing that nothing was final; that I could keep my options open.

That, if I needed to, I could escape. It’s always better to prepare for the worst, after all.

Then one day I, for some unknown and completely idiotic reason, told my husband about my wedding-day inner dialogue.

In one of many disturbingly uncomfortable “conversations” with my husband (yeah, okay; “fights” — let’s call a spade a spade here) I randomly decided to tell him that I’d always had one foot out the door.

I didn’t want to leave or anything. It wasn’t about that.

But even then, on my wedding day, at the age of comparatively young age of 29, I’d seen no less than three seemingly-solid marriages go mega-sour mega-fast.

Friends of my parents had several divorces between them — some with some dramatic spurts of infidelity and substance abuse — and those were marriages that had multiple decades under their belts. Not to mention kids. Houses. Pensions. They were the pros.

And even they couldn’t cut it.

It just seemed like even the best relationships couldn’t weather the storm of life after a while.

How was my brand new little schooner supposed to “heave to” without being battered and splintered like the rest?

Despite it being a rather difficult conversation with my husband, it ended up being a really good one.

I found out that he’d held no such escape plan on that sunny, calm day, and that he’d always intended to stick with me — with all of me. For better or for worse. I learned that when he said his “I do’s” he very seriously meant them.

So, you know. Whoops.

My life plans changed when we had that fight. I started to focus on building a better relationship; I poured myself into patching the holes and strengthening the foundation rather than mapping out my potential escape routes. I started building up our rickety little ship into a great big barge that could handle anything Mother Nature threw at it.

And we made a new vow: A solemn promise that no matter what, we’d do what it took to keep that ship going. We promised never to utter the word “divorce.”

It was an oddly freeing experience.

Anyone who’s been divorced might be either rolling their eyes at me or they’ve already skipped off to another article — it’s okay, I get it.

I am, fortunately, not in a relationship that is toxic, and that’s why this agreement makes sense for us.

There is no abuse, no emotional sabotage, no infidelity, no secrets, and we both believe in the value of traditional, stable marriages and families.

We both work at keeping the peace, we never shy away from the tougher conversations, and above all else, we make sure to always treat each other with respect.

It’s a daily struggle, but a worthwhile one.

My marriage, as well as the kids and everything else that has been born from it, was founded in love.

It is that love that helps us approach our marriage as a lifelong commitment to each other and not merely a piece of paper.

Evidently not the norm

I don’t know if you are aware of this, but divorce rates are insane.

Statistics vary, but it’s pretty clear that marriage is a bit of a gamble, since about 1 in 4 marriages will likely end in divorce — a statistic that was captured before the pandemic kept everyone at home and underfoot for the last two years.

Before 2020, divorce rates were actually on a steady decline. In sauntered Covid, however, and suddenly divorce inquiries rocketed up by 34%.

So here we sit, in a world where it’s presumed that half of all marriages will end in divorce, and we’ve made a decision never to do that. Seems pretty risky. What were we thinking?

And in creep those old sabotage-able thoughts again, seeking the possible escape routes.

The kids are all right

I hate to say it but having kids really cemented our decision to remain divorce-free.

No one should have kids to save a marriage and having them definitely doesn’t leave much room for romance. In our case, though, the kids (who are both great) have kept us trying even harder to keep our marriage strong.

I wasn’t surprised to find that many divorces happen after children are born, with 1 in 4 kids being raised by a single parent.

While divorce is not the sole determining factor in a child’s overall happiness and chances of success as an adult, studies show that a married parenting team is still the best environment — but only as long as these components are met:

“…on average, children who have (a) two parents who are committed to one another, (b) a stable home life, more economic resources, and (d) the advantage of being intended or welcomed by their parents are more likely to flourish.”

Stability is really important for kids, and that doesn’t always mean that parents need to live together. Some parents co-parent their kids beautifully while living separately, and their kids benefit from that harmoniousness and stability just as much as those with married parents.

My husband and I had different experiences with stability in the home.

We both had parents who were married and lived together, family vacations, siblings who warred with us good-naturedly, and comfortable homes and living situations, but our views about our childhoods are very different.

We want our kids to always look to us as a place to call “home.” Our house needs to be a safe space for them, a haven to flee to if their lives inevitably become temporarily unstable. To help provide that, we’ve made the agreement to do everything in our power to stay happy together.

It’s not always easy — in fact, it rarely is.

Recently, we randomly watched the 2005 dramatic horror, Dark Water. In the movie, Jennifer Connelly plays a divorced mother who is trying to co-parent with her ex-husband when she moves into a seemingly haunted apartment to be near her daughter’s new school.

Horror aside, the spiteful interactions between the mom and dad in the movie had us frequently pausing the movie and saying to each other, “Hey, let’s never get divorced — this is awful.”

While this was just a movie, I see the same kind of spite and hateful behavior between exes with children in real life. I recently noticed a reference on a friend’s Facebook page on her “landing page” — which is public — talking about “taking out the trash” in a clear reference to her ex-husband.

While he’s not on her friends’ list, that pithy little quip is public; it can be seen by everyone.

And its only purpose is to be spiteful.

It requires that we frequently do what we can to strengthen our bond, to really understand each other, to respond to seemingly unimportant things like love languages and scheduled date nights, and to at least try to never let each other down.

We have to actively choose to love each other, every single day. Seriously — every. Single. Day. Sometimes it’s easy; but not always. There was a time, too, when we both had a foot out the door. We both found each other’s flaws too much; we both longed for space and single life.

In the end, our genuine love for each other won out. We reached the point of no return, and ever since that day, we’ve headed into the sunset together — sometimes hand in hand, sometimes dragging each other begrudgingly.

No matter how we get there, though, it’s a journey we make together.

Married life is no cakewalk. Being expected to live with — and love — someone for decades of your life feels like a pretty big ask, sometimes.

As Katherine Hepburn once said, “sometimes I wonder if men and women really suit each other. Perhaps they should just live next door and visit now and then.”

But despite the cons, the pros of a long-term commitment can be really rewarding. I have this image in my brain about the two of us sitting in our little rocking chairs on the porch surrounded by dogs and grandchildren, and it keeps me going.

It’s also just really nice to have someone, day after day, to help you find your keys and make you laugh.

It’s the simple things that matter most — like our agreement. It’s simple, but it matters. And maybe that makes us irritatingly traditional; I don’t care.

I just know that it makes us happy.