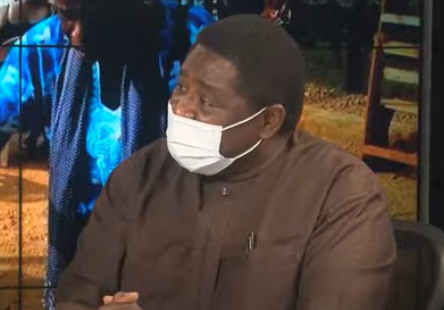 Founder of the National Interest Movement (NIM), Dr Foster Abu Sakara has stated that the movement will continue to remain as a non-partisan body that seeks to change Ghana’s operating system of governance through social and economic reforms.

Speaking on JoyNews’ PM Express, Dr Abu Sakara assured that the National Interest Movement will not metamorphose into a political party in the near future.

“The National Interest Movement will never at any time became a political party. It is purely to ensure that the reforms that we all seek for our national interest come into being.

“After doing that, if NPP or NDC under these reforms wins an election, we will be happy to work with them. NIM is building the grassroots for all political parties to perform better in governance,” he said on Wednesday.

Interacting with host, Evans Mensah, the former flagbearer of the Convention People’s Party (CPP) noted that it has been six years since he parted ways with the political party.

According to Dr Abu Sakara, he remains a political being who is currently “focused on the reforms we can do that will basically transform our democracy, redefine our democracy for a collective interest.”

Again, he disclosed that his presidential ambitions have not withered. However, it does not fall within his current priorities.

The National Interest Movement is rallying support for an independent alternative to Ghana’s electoral duopoly.

NIM is proposing a constitutional amendment of the electoral law to permit the formation of coalition governments without resorting to second-round voting when there is no clear majority of 50% plus 1 vote.

On the economic front, it is pushing for the adoption of the long term National Development Plan that will form a regulatory framework for deriving political party manifestos.