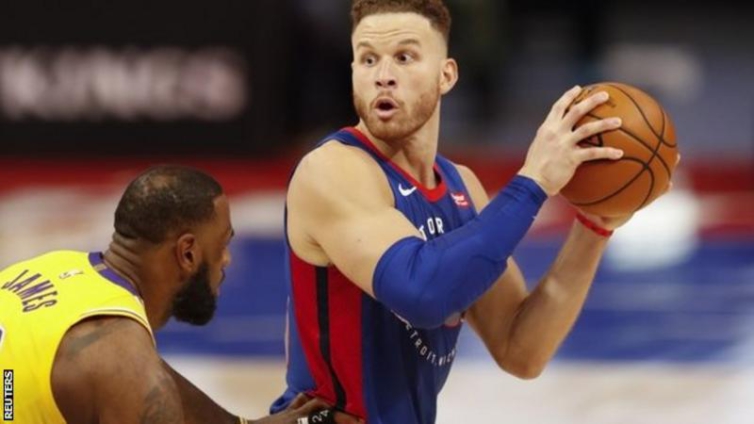 The Los Angeles Lakers were beaten 107-92 by the Detroit Pistons as they lost consecutive games for the first time this season.

The Lakers, who are five games into a seven-game road trip, went six minutes without scoring in the fourth quarter.

“Every team has long road trips,” said LeBron James, who scored just two of his 22 points after half time.

“We’ve got to keep our minds fresh and our bodies fresh. Obviously, we haven’t done it in the last couple of games.”

Blake Griffin, who hit 23 points for the Pistons, said: “We were really good. I was proud of the way everybody played.”

Wayne Ellington was also in inspired form, scoring 20 points as the Pistons rebounded from their worst loss of the season against the Cleveland Cavaliers on Wednesday.

Nicholas Batum scored 18 points as the Clippers triumphed 109-105 to make it eight wins in their past nine games.

The Houston Rockets overcame the Portland Trail Blazers 104-101 and the Phoenix Suns ended the Golden State Warriors’ two-game winning streak with a 114-93 victory.