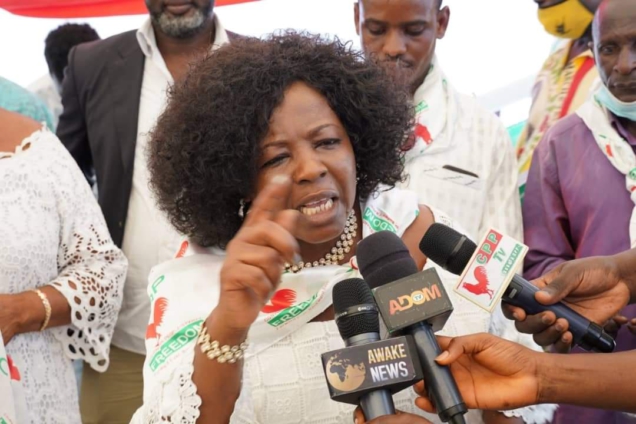 Some minority political parties are demanding an apology over the National Democratic Congress (NDC)’s suggestion that parties without parliamentary seats must not have the same voting rights as those with seats during Inter-Party Advisory Committee (IPAC) meeting.

The parties have described the assertion as insulting as far as representation in governance is concerned.

The call for an apology comes on the back of a comment by the NDC Director of Election insisting that it is unfair for the parties with parliamentary seats to have equal voting rights as those without seats.

Justifying the rationale behind the party’s decision to boycott the two-day IPAC meeting, Elvis Afriyie Ankrah was of the view that political parties who did not partake in the just-ended elections should not be given the platform to present reform proposals.

JoyNews/AdomNews · NDC must apologise for derogatory comment against smaller political

Mr Ankrah, during the NDC press conference Thursday, stated that” NDC should have one vote and all those singular parties should have one vote so when you bring all the 20 or so parties out of them we have one vote, does this make sense, when we go to IPAC meetings, our party’s presences and input does not make any difference because it does not matter how sane and sound our arguments are if you just mobilise those people and ask them to vote, the Akua Donkor’s of this world will shut Yeah Yeah. This is a sham, it is duplicity at its highest.”

But in a sharp rebuttal, the Chairperson of CPP, strongly registered her displeasure stating that the NDC Director of Election’s comment is disrespectful and undermines the other political groups in Ghana.

Nana Akosua Sarpong-Kumankumah, in an interview with JoyNews‘ Kwasi Parker Wilson stated that Mr Afriyie-Ankrah must apologise to the minority group for his comment.

JoyNews/AdomNews · NDC must apologise for derogatory comment against smaller political

“This is beyond disrespect as far as they are concerned we don’t even exist and that we should not be considered and that is so no a thing that I can not understand where it is coming from. That attitude is the reason why Ghana is where it is. That is a very unfortunate statement and I think that he [Afriyie Ankrah] needs to apologise to the minority parties. What is he talking about, that we don’t matter, is that what he is saying, who matters, at what point did they matter?” she quizzed.

She further added that “if it’s to dialogue and come up with a solution that is best for all of us based on what has happened in the past and you feel like you are most affected you must not boycott it, boycotting it and making a press conference and making it look as though those of us who went there are tiny parties.

“Meanwhile in the political set up, you can not call any party a tiny because you don’t really know what happens next, its the peoples one single vote at a time and it is the people that make the decision and they can decide they want to give another party a chance and it is for us to present ourselves as a viable alternative.”

Also reacting to this, the NDP and APC insist a lack of parliamentary seats does not mean an absence of independent opinions.

They have challenged the NDC to show up at IPAC and make superior arguments to win their votes and not to rather seek to have a larger say.