NDC will break through any cloud of press tyranny – Koku Anyidoho 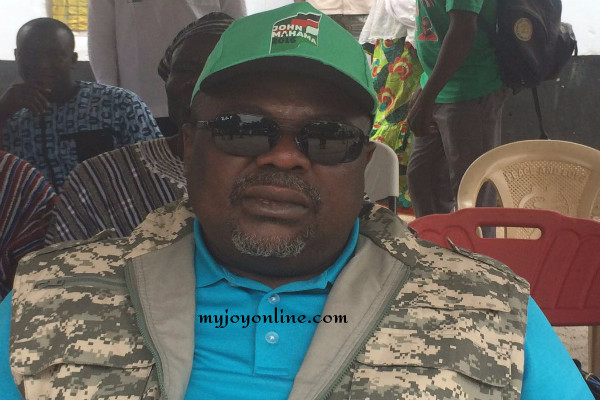 The Deputy General Secretary of the National Democratic Congress (NDC) says the party will do everything possible to break through any cloud of press tyranny.

Koku Anyidoho says this is to ensure that majority of Ghanaians hear their voice positively.

“It is improper for a group of media persons to sit up somewhere to gang up against the government and think that what they say is the order of the day. We will not accept any media tyranny," he said.

"The NDC has brought out its manifesto and we are ready for the battle ahead,’’ he added

Speaking at a press soiree organised in honor of the Chief of Staff, Julius Debrah who is in the Upper West Region for a Campaign tour he said the party was not perturbed by the bad press is given to it by some media houses.

The former press aide to the late President Mills  was emphatic by the ‘‘grace of God the party will be retained in the December polls’’.

He also spared time to question the running mate of the New Patriotic Party (NPP), Dr Mahamudu Bawumia saying, ‘‘Wherever you find Dr Bawumia, tell him to produce the extra 90 percent of foreigners that he claimed are on our voter's register.

He insists the former Deputy governor of the Central Bank must justify the 76,286 people he claimed are Togolese who vote in the Volta Region to clear his name of being a pathological liar.

Speaking to the press, the Chief of Staff noted that the greatest challenge he noticed in the Upper West Region during his tour was the lack of jobs, which the people especially the youth are yearning for.

He stated that the plan of the government is to introduce a green revolution in their next term of office where agricultural mechanization centers will be set up for farmers to have access to tractors and other farm subsidies.

He believes the programme will employ thousands of people in the country.

Mr Debrah appealed to Ghanaians especially the unemployed to give the NDC a second term for them to implement the good policies contained in their manifesto.