NDPC is a victim of its own incompetence -Dr. Tony Aidoo 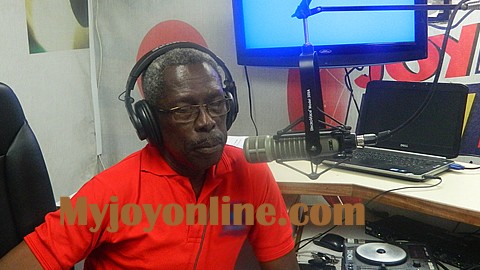 The Director of Monitoring and Evaluation at the Presidency, Dr. Tony Aidoo has posited that the National Development Planning Commission (NDPC) should remain an advisory body rather than making it autonomous.

“The problem of the NDPC has not been from political interference. The NDPC is a victim of its own inability to perform its constitutional function. The NDPC has not formulated any plan since its inception” he added.

The mandate of the Commission is to advise the President on development planning policy and strategy by providing a national development policy framework.

But the job of the NDPC became topical at the Institute of Ecconomic Affairs (IEA) presidential debate held in Tamale.

The four presidential candidates were quizzed on how they will make the advisory body effective if voted as president in the December 7 polls.

The candidate of the New Patriotic Party (NPP), Nana Akufo-Addo said he will make his vice, Dr. Mahamud Bawumia the head of the National Development Planning Commission to ensure the effective implementation of the Commission’s plans – a position President John Mahama vehemently opposed.

The President contended that Akufo-Addo’s proposal will politicized the Commission work and worsen the situation of successive government abandoning projects initiated by its predecessor.

Speaking on Asempa FM’s Ekosii Sen programme Wednesday, Tony Aidoo said the NDPC is an advisory body and should remain as such.

Tony Aidoo who was a member of the Commission said the argument that the NDPC will promote national values because it is non-partisan “lacks logic and common sense”.

“I worked for the NDPC for ten years; I was one of the first among the directors who formulated vision 2020. After vision 2020 nothing came out as a plan”.

He alleged that the question about the NDPC was a “technocratic conspiracy” by people who called “hunters for consultancies” to make the Commission a constitutionally independent body with the authority to formulate a long term plan of which element will be enforceable on all government.

Dr. Aidoo accused the Chairman of the Constitutional Review Commission of pushing the agenda to make the NDPC an independent body.

“Ever since the Constitutional Review Commission was set up, there has been a decided consensus led by the Chairman himself to turn the NDPC from an advisory body into an independent authority with the power to dictate how this country is going to be governed by person who do not have the courage to contest the popular votes” he stated.

Tony Aidoo commended President John Mahama and Nana Akufo-Addo for evading what he said was meant a trap them to make a commitment to make the Commission independent if voted to power.