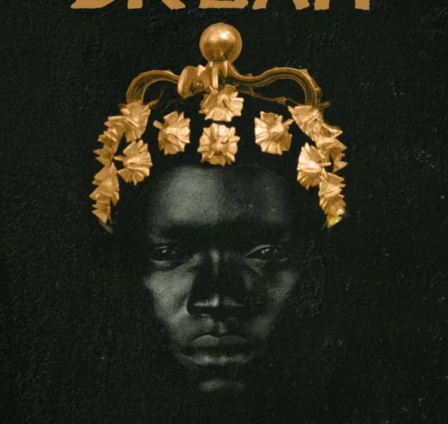 The West has been very deliberate in creating its local heroes in recent times. Fiction has been a way of doing this through the advent of characters – many of which have become household names, while others have been morphed into movies and animations produced by Marvel Studios, DC Comics and others.

Yeayi Kobina was among the millions of Ghanaians who took a liking to these heroes from elsewhere while growing up. But he never appreciated why these literature outside of Ghana were promoted at the expense of the indigenous ones.

“I didn’t get the hype over all these marvel heroes when we had our own,” he told Myjoyonline.com in an interview.

As an author, he assessed the situation with the aim of identifying why this was the case and concluded that “until we projected them in a literary way, no one was going to care.”

For him, though some writers have made strides at telling stories of our local context, more can be done.

Fortunately, Ghana has a ton of heroic and hope-imbibing stories which have historically made it through time despite the conservative nature of the country’s literature.

These characters are crucial in determining the story of natives across the country and their role in securing the timelines around which some major events can be attributed.

“Facts and dates might often make it difficult to draw links between the past and the present but historical fiction often does. It exhumes historical figures and sheds light on its buried tales, enabling the reader to comprehend a more nuanced truth,” he said.

Many aspects of ‘The Usurper’s Dream’ are actual places and events captured through a fictional lens, giving readers an entry into the world of the legends of Africa mythology.

In his book, Yeayi Kobina provides a glimpse into a time when there was belief in magic and gods through its characters in the Ashanti Kingdom.

As a historical fantasy novel set during pre-colonial era, it tells a story about the coming of Osei Tutu, the first king of what would become the Ashanti Empire.

The book combines all the elements of pre-colonial legend, adventure and history in describing the lives of its heroes.

The narrative also focuses on Osei Tutu’s struggle to free the people of Kwaaman from the clutches of Denkyira and Okomfo Anokye – the oracle of the gods with mythical magic powers – who is eager to make his mark.

The two are bound by fate forged from a quest for freedom, power and faith.

Yeayi hopes the book also inspires readers to dig deeper into their history.

“Our stories matter. It is important for Africans to tell their own stories. He who tells the story controls the narrative,” he added.

The Usurper’s Dream is the first of five books exploring the coming into being of one of Africa’s prominent kingdoms – the Ashanti Empire.

The book will be officially launched on September 30, 2022 and will be available at bookstores including Vidya Bookstores and Amazon.

DISCLAIMER: The Views, Comments, Opinions, Contributions and Statements made by Readers and Contributors on this platform do not necessarily represent the views or policy of Multimedia Group Limited.
Tags:
Ashanti empire
The Usurper’s Dream