A change to the recipe of the classic drink Milo has caused outrage in New Zealand with many saying it now tastes "yuck" and "horrible".

Milo, a cocoa powder, is sold in about 40 countries and consists mainly of malted barley, milk powder, cocoa and sugar.

For more than 80 years it has been hugely popular in New Zealand, where it is usually had with hot milk.

Parent company Nestle said it had made some changes to the New Zealand formula to make Milo healthier for children, and more environmentally sustainable.

It said this had caused "a slight shift in flavour". But some Kiwis feel it is not so slight. 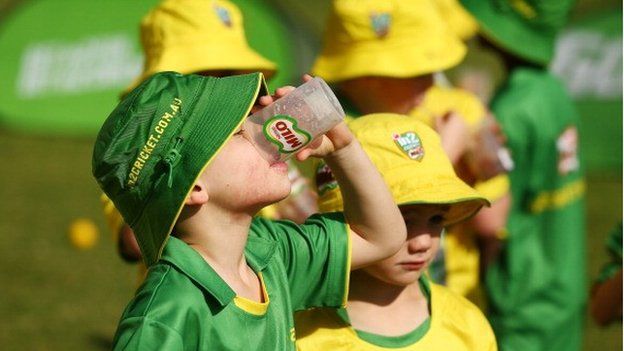 Taryn Ibell started a Facebook petition to "Change Milo back to the old recipe", which has built up more than 5,500 supporters in a week.

She told the BBC that she used Milo to wean her daughter, who was born premature, off being tube-fed. But now, she won't drink it.

Many people said they would not be purchasing the new recipe product and would look for a replacement.

Nestle said it had altered the vitamin mix in the formula in New Zealand adding vitamin D, B3, B6, B12 and taking out vitamin A, B1 and magnesium.

It has also switched to sustainably sourced palm oil and cocoa, and removed the added vanilla flavour "to make Milo as natural as possible".

"We know that people don't like change," Margaret Stuart, corporate and external relations manager for Nestle Oceania told the BBC. "There is no way we would change such an iconic product lightly."

But she says the decision was made based on "research into the nutritional needs of children", and that Nestle would not be changing the recipe back.

Ms Stuart says consumer testing was done by the company and while some people reacted negatively, some could not taste a difference or preferred the new formula.

The Australian formula was also changed to a different vitamin mix but Ms Stuart says the taste has not been affected.

Ms Ibell says the company should have given more of a warning to consumers so they would have had time to find an alternative.

She also claims she has been blocked from commenting and posting the link to her call-to-action Facebook page on the Milo – Australia and New Zealand Facebook page.

Ms Stuart says one person was blocked for "sending multiple repeat posts with external links" despite being warned twice not to.