A Ghanaian man is leading a campaign to bring The Gambia's ex-ruler Yahya Jammeh to justice over the murder of 56 migrants who were mistaken for coup plotters, writes the BBC's Alex Duval Smith.

Martin Kyere leapt from the pick-up truck into the darkness. Bullets whistled around him as he ran for his life through the thick Gambian forest. He fell. He picked himself up. He dodged the soldiers' searchlight. He promised himself not to rest until Mr Jammeh was brought to justice.

Thirteen years later and living in his native Ghana, Mr Kyere is the key witness in an international effort to bring The Gambia's former president to trial for what was probably the single largest mass killing during the 22-year reign of terror.

Meanwhile, Mr Jammeh has lived in Equatorial Guinea since January 2017. He went into exile there under a regionally-brokered deal after losing the December 2016 presidential election to Adama Barrow.

Mr Kyere is the only known survivor out of 56 West Africans - most of them Ghanaian and Nigerian - who were murdered in The Gambia on or around 22 July 2005.

''It is my mission, on behalf of my friends, we want justice,'' Mr Kyere, now aged 37, told the BBC in his hometown in central Ghana. 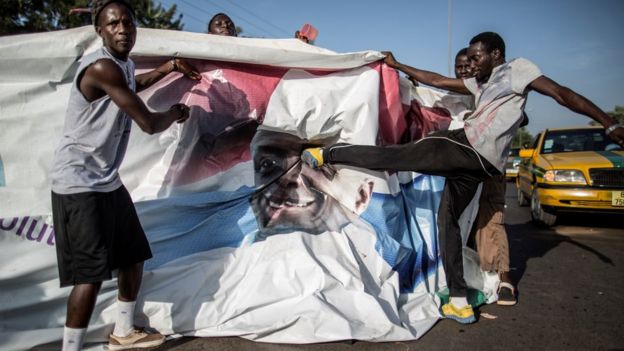 In 2005, Mr Kyere, by selling shoes in Ghana and Ivory Coast, had saved up money to travel to Senegal and onwards to Europe.

He boarded a pirogue in Senegal's capital Dakar. It ran out of fuel and came ashore in The Gambia. The travellers were arrested, detained for a week in The Gambia's capital Banjul, and beaten. 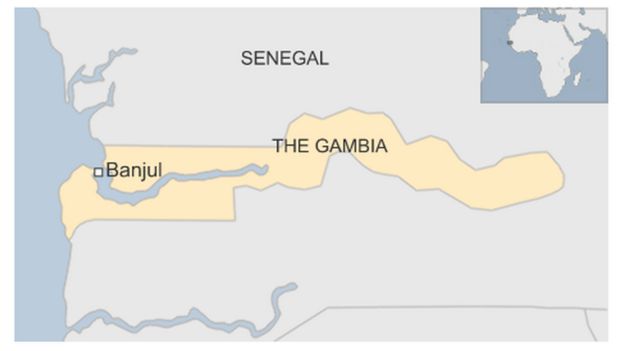 ''When we asked the police officers why we were there, they just said the orders came from above. For a long time we thought we would just be deported.''

But the migrants were handed over to ''the junglers'' - paramilitaries whose torture and killings had helped keep Mr Jammeh in power since he grabbed it on 22 July 1994.

Some people believe that in the run-up to the 22 July ''revolution'' commemorations, the migrants were thought by the paranoid regime to be mercenaries, acting on behalf of coup plotters.

Mr Kyere recounts their final journey in meticulous detail: ''Eight of us were loaded into the pick-up. They used one rope to tie four people, each with his hands on his back.

''A Nigerian who was a Muslim, began to pray "Allahu Akbar" (God is greatest). This annoyed them. They sliced his back with a cutlass. He never raised his head again.

''The pick-up drove deeper and deeper into the forest. One of us complained of pain in his arm. A soldier slashed his other arm with the cutlass and said 'which is more painful?' Now the pick-up was full of blood. We all knew we were going to die and we tried to release ourselves.''

Mr Kyere succeeded: ''The others said 'go and tell the world what Jammeh has done to us'. I jumped from the pick-up and I heard a voice - 'who is that?' - but I did not look back. I was running. The bullets passed over me.

''I heard the screams in Twi, ''awu rade gye yen'' (Oh God save us), and the gunshots followed - so I realised the guys had been killed.''

Mr Kyere staggered through the forest. He hid from people for fear of being re-arrested.

After several days, he asked for help in a village. He was shown the way to the Senegalese border.

Yahya Jammeh: At a glance

- Warned in 2008 that gay people would be beheaded

- Defeated in a presidential election in 2016 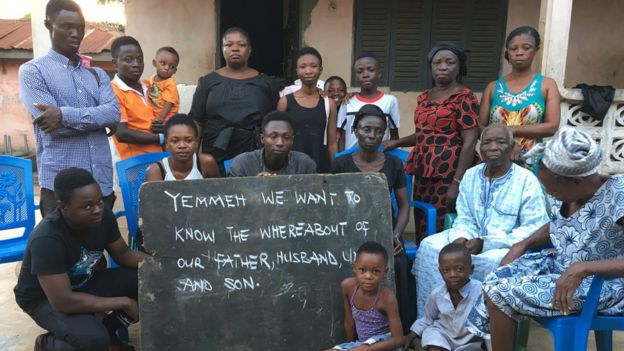 Mr Kyere eventually travelled back to Ghana, sought help from the authorities and set about travelling, with few means, hundreds of kilometres around his country to track down the relatives of his lost comrades. He has found 25 families so far, including that of Peter Mensah who left behind his wife and three children.

If Mr Jammeh is to be tried, lawyers will have to win his extradition from Equatorial Guinea.

Reed Brody, legal counsel for campaign group Human Rights Watch, which is supporting Mr Kyere's campaign along with Trial International, says Ghana would be an ideal country for the trial because it has a strong justice system and provisions to prosecute people for the ''enforced disappearance'' of Ghanaian citizens anywhere in the world.

''We are presenting evidence that approximately 44 Ghanaian citizens were killed by a death squad that took its orders from Jammeh,'' said the US lawyer.

''The only previous official investigation concluded that the migrants were probably killed by 'rogue elements' acting on their own.

"Since the fall of Mr Jammeh, we have been able to interview 30 former officials, 11 of whom were directly involved, and it is clear that the migrants were not killed by rogue elements but by the 'junglers' who took their orders directly from Jammeh.'' 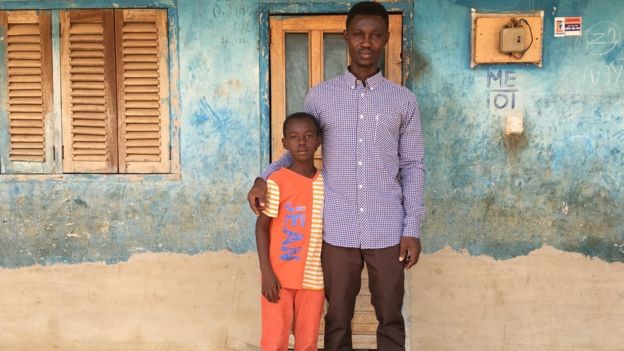 However, a 2009 joint investigation by the United Nations and the West African regional group, the Economic Community of West African States (Ecowas), concluded that Mr Jammeh and his government were not to blame for ordering the killings and that "rogue elements" in the security services were responsible.

Mr Brody advised victims of former Chadian ruler Hissene Habre, who is a serving a life sentence in Senegal for atrocities committed during his eight-year rule. He is determined to ensure that Mr Jammeh also stands trial.

Mr Brody says if Mr Kyere's case is heard in Ghana this would embolden a nascent campaign for justice by more than 1,000 of the Jammeh regime's victims in The Gambia.

But he cautions that ''the legal and security conditions do not exist'' for a trial in The Gambia at the moment.

Mr Kyere is a gentle-mannered, outwardly unassuming man, who still sells shoes. But when he opens his mouth to speak, his voice is like a thunder box for justice.

He does not feel guilt for being the only known survivor.

''I am alive for a reason and that reason is to obtain justice - to know one day why Yahya Jammeh grabbed us and decided to kill us in an unlawful way.''

N Korea cancels talks with South Korea and warns US