Lawyers for Mahama Ayariga argue that Mr. Martin Amidu was above 65-years as at the time he was nominated and approved as Special Prosecutor.

Bawku Central MP, Mahama Ayariga, says the Special Prosecutor cannot prosecute him because he is above statutory retirement age of 60.

On Monday, the MP’s lawyers argued that Mr. Martin Amidu was above 65-years as of the time he was nominated and approved as Special Prosecutor and, therefore, per Article 199 (1) of the 1992 Constitution, he is not qualified to hold a public office.

In view of that, it is the MP’s case that the charge sheet signed by Mr Amidu which initiated the criminal proceedings against him is defective and, therefore, the case against him should be declared a nullity.

At Monday’s hearing, the court directed the legal team to file their legal arguments within 72 hours, Graphiconline reported.

The opposition MP is officially challenging the capacity of Mr. Martin Amidu, who has dragged him to the High Court prosecuting him for corruption-related cases.

The cases relate to the procurement of an ambulance for his constituency and tax evasion. But Ayariga insists in his application, that Mr. Amidu cannot prosecute him for evading tax because that is outside the domain of his office. 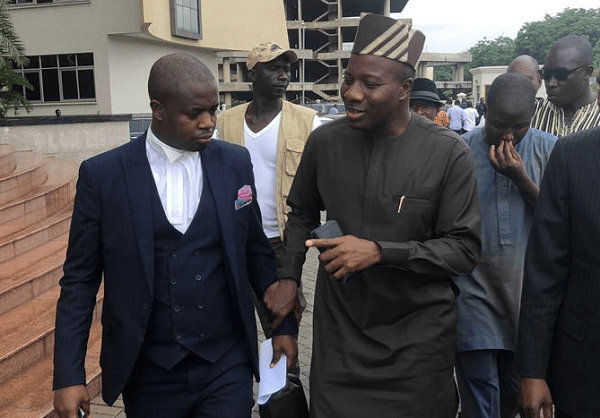 A member of his legal team, Godwin Edudzi Tamakloe, in an interview with JoyNews, explained the reasoning behind their latest move.

“The maker of the law [Parliament] stated that he can only investigate corruption and corruption-related offences. We are saying that the case that the offences that he has brought against our client [Mahama Ayariga] do not fall within the remits of the Special Prosecutor,” he argued.

Ayariga’s lawyers are hoping for a favourable decision on Monday, June 17 when the court rules on their application, he added.

Mr Ayariga had earlier written to the Special Prosecutor saying he will be unable to show up in court due to parliamentary proceedings. His lawyer, Godwin Tamakloe last week told the court that Mr Ayariga was unavailable.

But Justice Afia Botwe said the case could not progress without the MP, handing the lawyers up until 1 pm to ensure he was present.

The MP showed up in court 10 minutes to the 1 pm deadline with his lawyers presenting a certificate issued by the speaker of parliament informing the court that, the MP had parliamentary work.

Justice Botwe, however, rejected the Speaker’s Certificate on the grounds that it was not tenable since Mr.Ayariga was not a witness of the court neither were state prosecutors attempting to serve him with a court process.

She held that he had been duly charged and served and will, therefore, have no excuse not to show up in court whenever he is needed.