A young Filipino woman working as a maid for a wealthy family in Riyadh, Saudi Arabia, was reportedly tied to a tree by her employers as punishment for leaving a valuable piece of furniture in the sun.

26-year-old Lovely Acosta Baruelo is said to have angered her Saudi employers by leaving a piece of furniture outside, where it risked being damaged by the sun.

As punishment, the family decided to make her feel the effects of staying in the scorching sun for too long, by tying her to a tree in their opulent Riyadh mansion.

Photos of the woman tightly bound to the tree with a rope, as other servants carry on with their work around her unable to help, were allegedly taken by another Filipino worker who later shared them online, begging authorities to help the victim of the abuse. 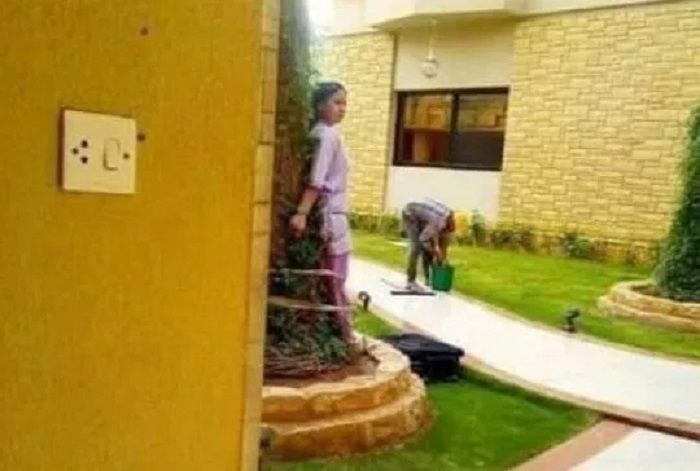 After the shocking photos went viral on the internet, the Philippines Department of Foreign Affairs (DFA) issued a statement saying that it was made aware of the situation and was already working on getting Baruelo back home.

The 26-year-old woman arrived in Manila at 8:55 p.m. on 9 May 2019 and thanked everyone who helped her get the assistance she needed by posting the photos online.

“Thank you so much to all those who helped me. I want to also ask help for the other Filipinos left there,” Baruelo said.

“They are the ones who helped me and uploaded my pictures. I am afraid for their safety. I hope they get rescued too.” 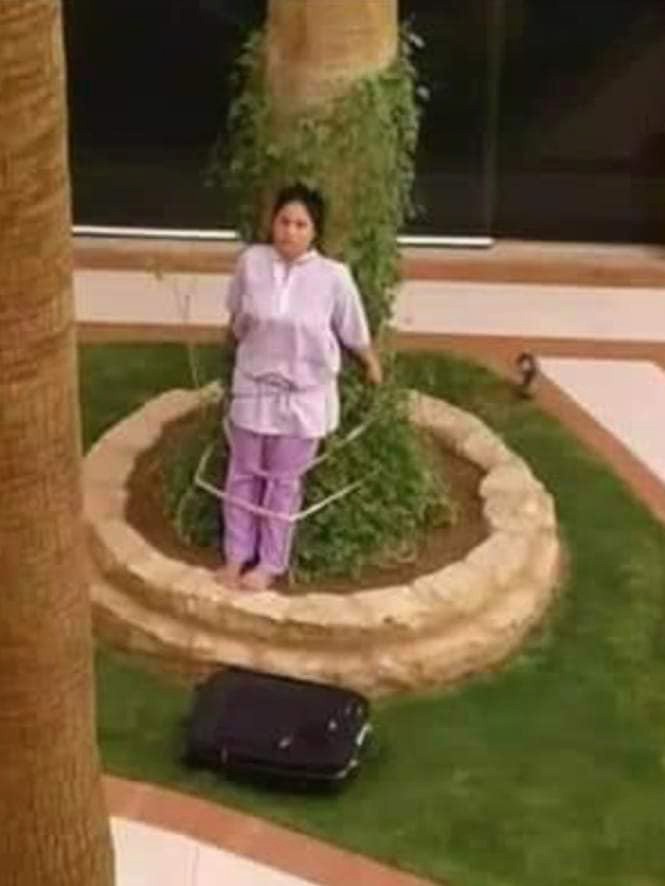 “You old man will find your karma, just you wait,” told her former employer. “Keep deducting our salaries. This is the reason why you have poor health. It’s your karma for all the wrong things you did.”

After Lovely Acosta Baruelo’s story of abuse went viral, another woman claiming to be her co-worker appealed for aid from Filipino authorities, saying that their employer would hurt and punish them whenever they made the smallest mistake.

May agrees to set timetable to choose successor