The people who drown human beings to catch a fish

Fishermen along the Volta Lake are sacrificing the living in a warped but desperate desire to make a living, JoyNews has found out.

In the communities that hug the shoreline of the Volta Lake, children some as young as six are sunk across 8,502sq km of water which can run as deep as 245 feet – deeper than Ghana’s tallest building – The Villaggio II – 195ft.

These children are trained to obey but untrained to swim. There is a belief among the fishermen and traffickers that dead bodies attract schools of fishes, fetching a handsome profit for these men of the lake.

And so for some of these fishermen, horror has no hold on their minds to see their slave children slug it out in the Lake until the winner, usually the river, takes it all - life.

That was how Kwame’s friend – a boy called Emmanuel– died. In the lake full of tree stumps, he sploshed inside to disentangle nets. His master disentangled himself from his slave and drove the boat off leaving the frightened boy screaming.

Out of earshot, out of sight, his body floated back to shore three days later.

That’s how Godson Glawu, a former slave now learning electricals, saw his friend sink to death on the lake.

A 17-year-old boy’s had mentally planned his escape back to Keta, the setting of his trafficked departure at 7-years old. 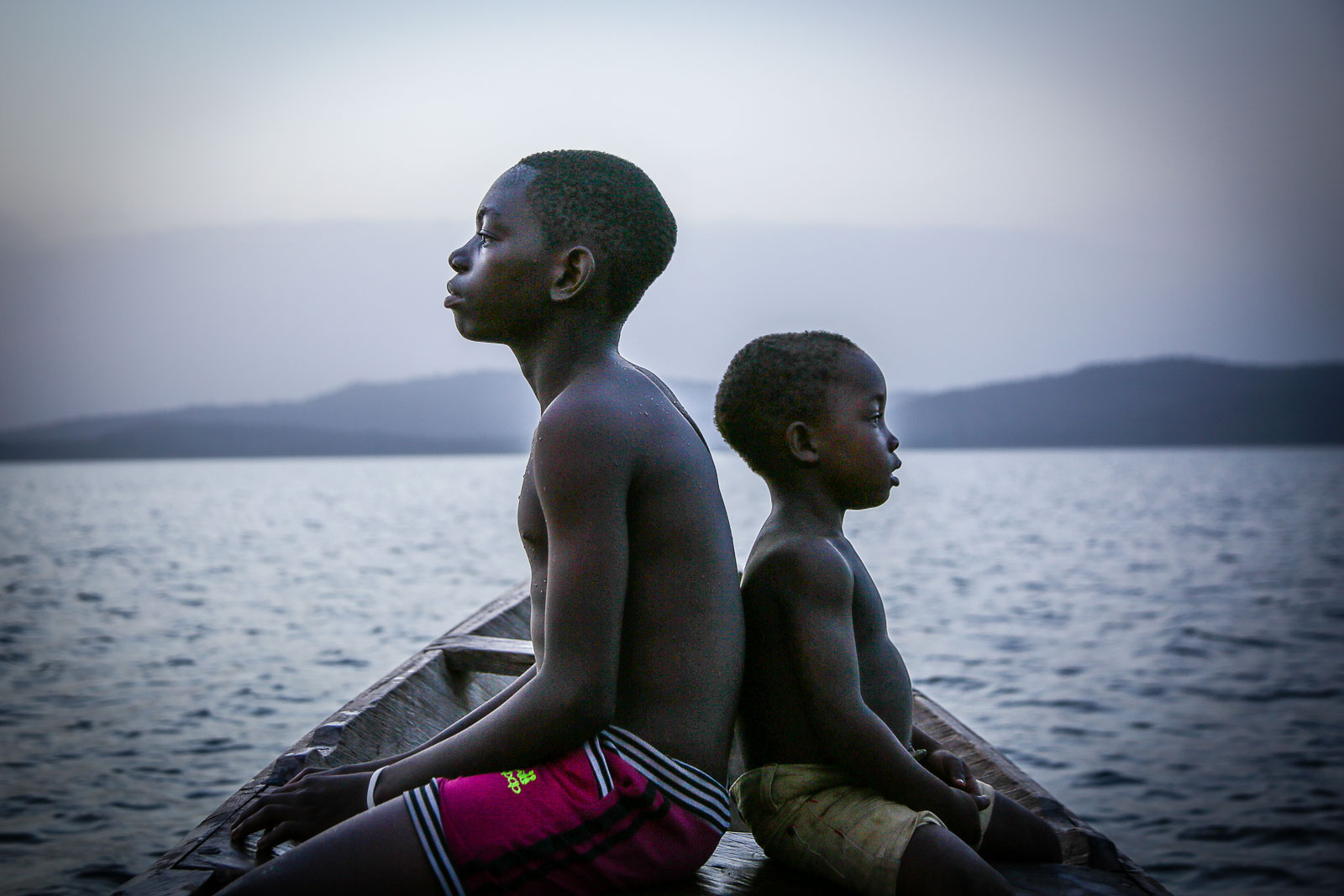 Ten years in slavery, the only child described a nostalgia of parental care, of love and schooling which ended one vacation when his father gave him up to a man.

“My father told me that I will be back after vacation.” The vacation ended in an unwanted vocation. From 4 am to 6 pm, the young boy lives on the sprawling water body, whipped to fish and fish faster.

These slave masters and boat owners are the targets of a police operation ‘Operation Ablordey’ carried out in the Eastern region.

JoyNews’ Maxwell Agbagba joined a tour to patrol for human traffickers on the prowl.

They had pictures of 24 children aged between five to 12years whisked away, sold off or taken through deception from their parents and into an island community of Edrakpota around the Afram Plains.

Evidence – check. Intelligence gathering – check, they would land in the community to learn a surprise.

They would not see a single child on the island. The traffickers and the community learning of an impending swoop had hidden the children anywhere – nearby communities, in rooms and in the bushes.

The boat owners had resolved to send the trafficked children back to Ningo-Prapram. But at Atimpoku, the Eastern regional police would intercept the living goods.

And arrest 11 boat owners while freeing 16 children who had been brainwashed to fear the police.

Eight were put before the Koforidua Circuit court B. Their case has been adjourned to May 8, 2019. The children enjoying rare care from human beings are being rehabilitated.

A CNN documentary has revealed that of the 1,621 households surveyed in and around the Volta Lake, over a third contained a victim of child trafficking or slavery-like conditions.

Godson remembers his own rescue in 2015. There had been no cue of it coming. Floating in a canoe with Dominic and John, it was another day of routine fishing.

It was 10 am, bright enough to see the waters shinning with a speed boat of strangers heading towards them until it was clear to them these men were police officers and social welfare people.

Back in Keta, the now 17-year old boy recalled that “everything had changed”.

“My mum couldn’t recognise me when she saw me”, a reunion that never occurred for his friend and his fatal screams.