Mfantsipim School is out to redeem themselves when they host the rest of the Central Region schools from February 13, 2020.

The two-time champions suffered a painful knockout at the one-eighth stage of the 2019 edition of the National Science and Maths Quiz after losing woefully to city rivals, St. Augustine’s College who went ahead to win the competition.

That defeat made sure they failed to make a quarterfinal appearance for the first time in seven years.

The exclusive boys’ school would face Jukwa SHS, Assin Nsuta SHS Abakrampa SHS and Senya SHS in their quest to make a quick return to the prelims of the 27-year-old Primetime show.

Anything short of a masterclass performance would not be enough to send the message that the iconic red and black boys need their rivals to hear; considering the gravity of their defeat at the hand of Augusco last year.

Assessing their track record though, this qualifiers should just be routine for Mfantsipim School who would then hope they sail through the prelims which would then begin a possible set up with St. Augustine’s for the revenge they so much crave.

It’s an Mfantsipim nightmare as we fail to make the quarterfinals for the first time since 2012
Well played @Augusco_
We wish you all the best moving forward. Mfantsipim shall rise again. DWEN HWE KAN pic.twitter.com/m4grzHHhld

For now, qualifiers it is. The full list of other contests is in the Artwork below 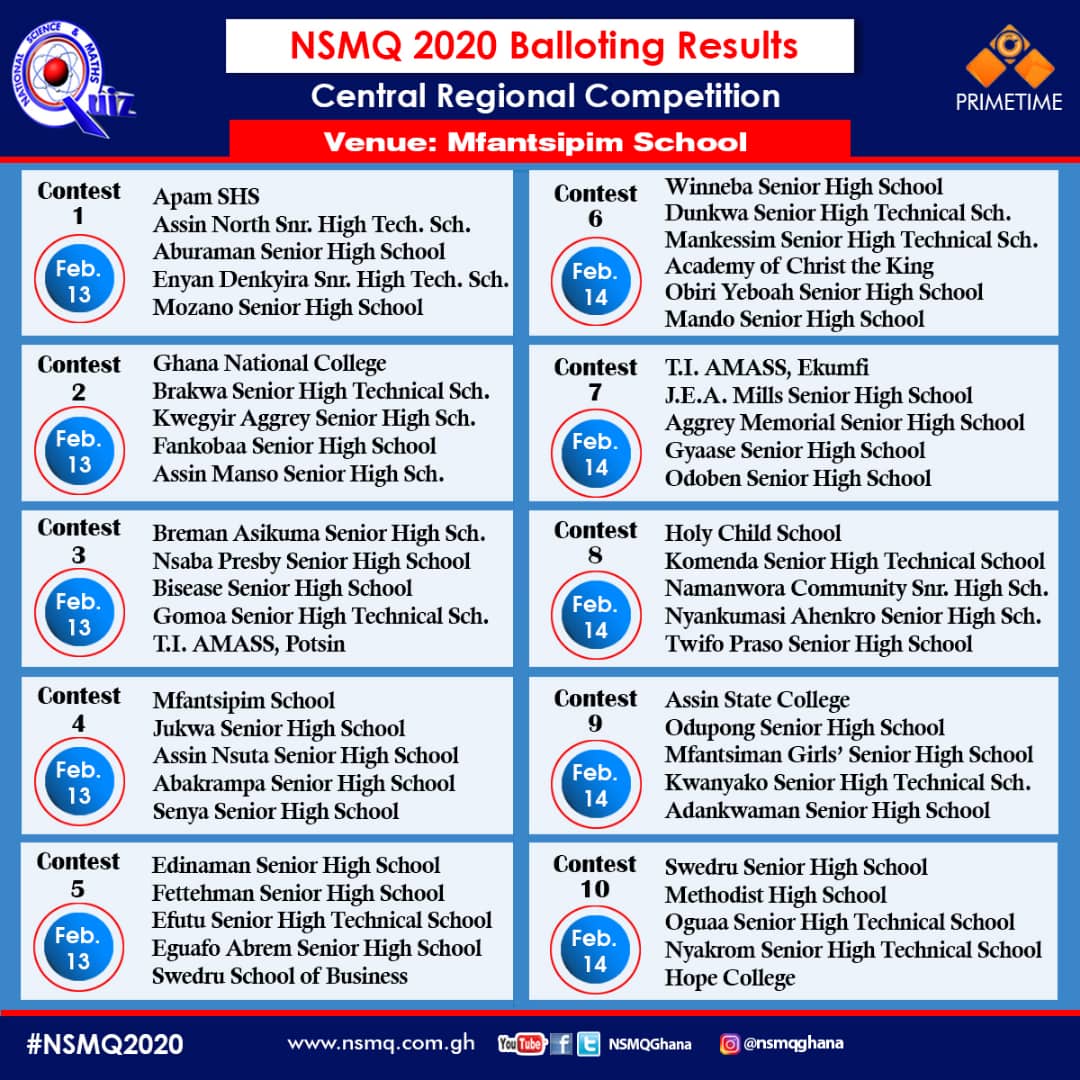 In the Upper East Region, Bolgatanga Girls’ SHS would host other schools from February 15 where the girls’ school faces a tough task as they find themselves in the same group as favourites, Notre Dame Seminary and SHS.

Fumbusi SHS, Bawku SHTS and Bolgatanga Technical Institute are also looking to grab the single qualifying slot in that contest.

The girls, however, have an upper hand, with more experience from recent contests compared to their opponents.

In another contest, Bolgatanga SHS (BigBoss) seeks a consecutive star at the prelims with Paga SHS, Binduri Community Day SHTS and Kanjarga SHS being the only obstacles in their way.

BigBoss is expected to qualify easily if their previous performances at the regionals is anything to go by.

In 2019, they scored the highest tally in the Upper East Region but were sent packing by eventual champions, Augusco at the preliminary stages of the nationals.

Find other contests for the Upper East Region below 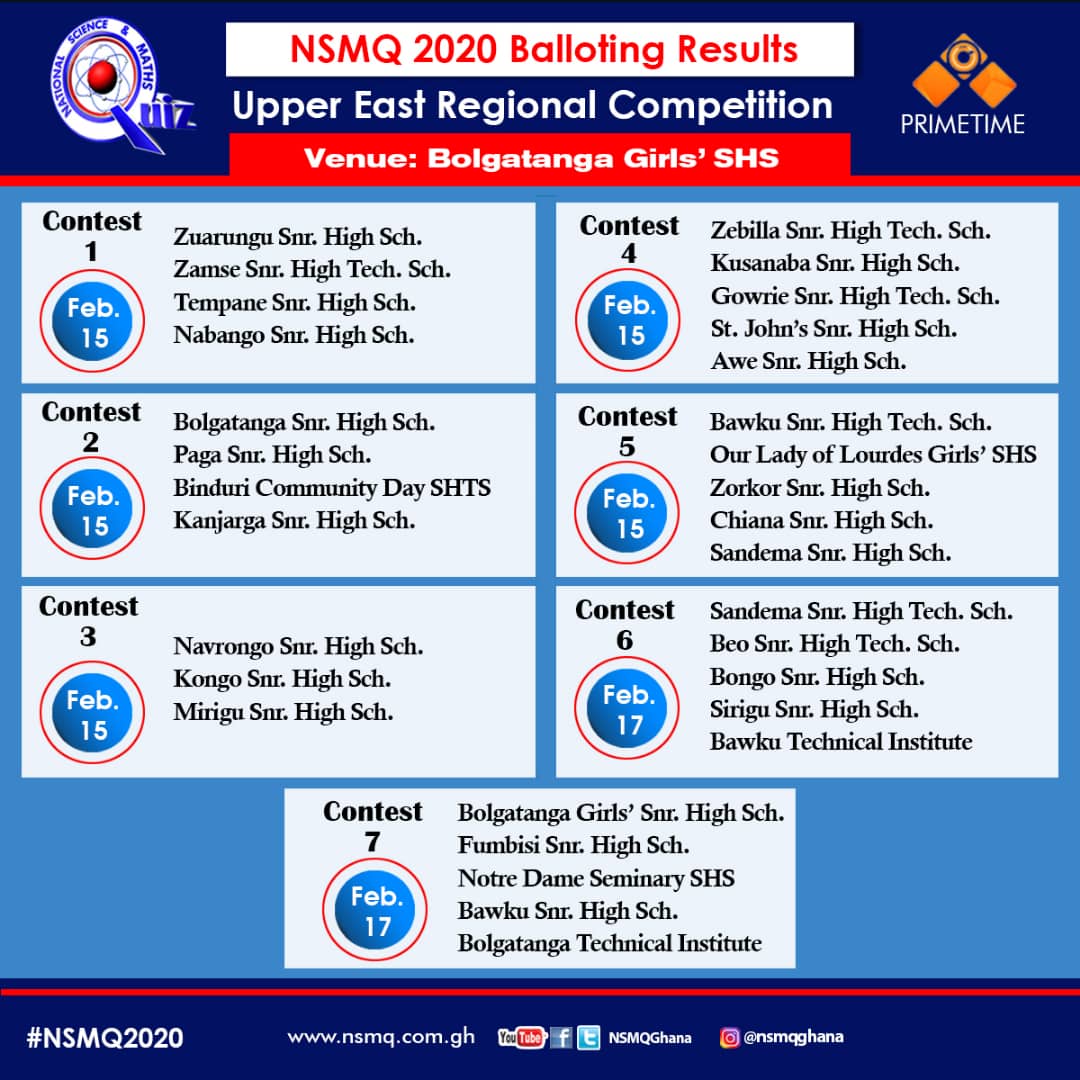 How West Africa is under threat from Islamist militants