More than 50 polar bears have descended on a village in Russia’s far north.

All public activities in Ryrkaypiy, in Chukotka region, have been cancelled, and schools are being guarded to protect residents from the bears.

Conservationists say climate change could be to blame, with weak coastal ice forcing the bears to search for food in the village rather than at sea.

Other experts have said polar bear visits are now so frequent, Ryrkaypiy should be permanently evacuated. 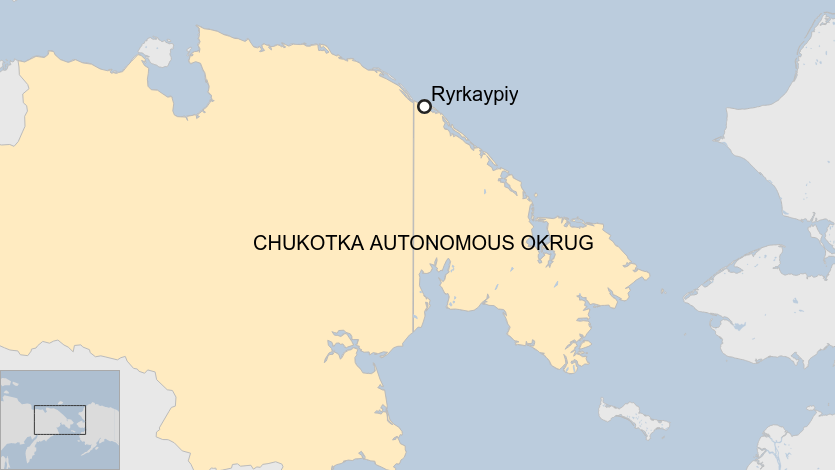 Tatyana Minenko, head of Ryrkaypiy’s bear patrol programme, told Ria Novosti that they had counted 56 polar bears in the village.

The animals were “both adult and young… there were females with cubs of different ages”, she said – adding that almost all of them appeared to be thin. 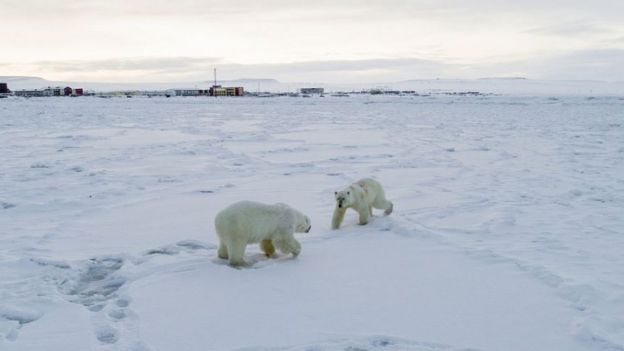 The polar bears have been getting very close to the village 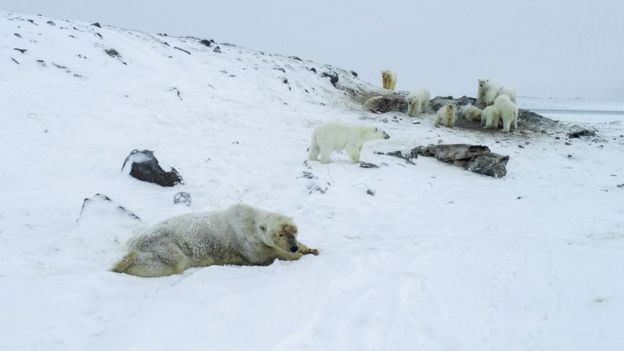 “If the ice were strong enough the bears, or at least some of them, would have already gone to sea, where they could hunt for seals or sea hares,” he said.

While waiting for the ice to freeze they are drawn to villages for food, Mr Stishov added.

Last week, a polar bear specialist from the Institute of Biological Problems of the North said the bears now visit Ryrkaypiy so often that the village should be evacuated, and its roughly 700 residents resettled.

Anatoly Kochnev told Tass news agency that polar bear visits are increasingly frequent – and that just five years ago, only about five bears got close to the village.

“I as a scientist believe [Ryrkaypiy village] should not remain there,” he said. “We try to control the situation, but nobody would want to think what may happen there in three to five years.”

The region’s animal protection official Yegor Vereshchagin told Tass that if residents wished to leave, “they could organise a referendum”.