The New Jersey man had just one option to get rid of the massive tumor that had been growing on his neck and was now threatening his life: Remove it.

But its placement made that a risky endeavor.

Milton Wingert, 81, had been to several physicians to see the tumor over the past six months, but most were concerned about what it would take to remove the growth.

Then Wingert turned to Dr. Nazir Khan, a head and neck surgeon at Mount Sinai Hospital, who convinced him it was doable. 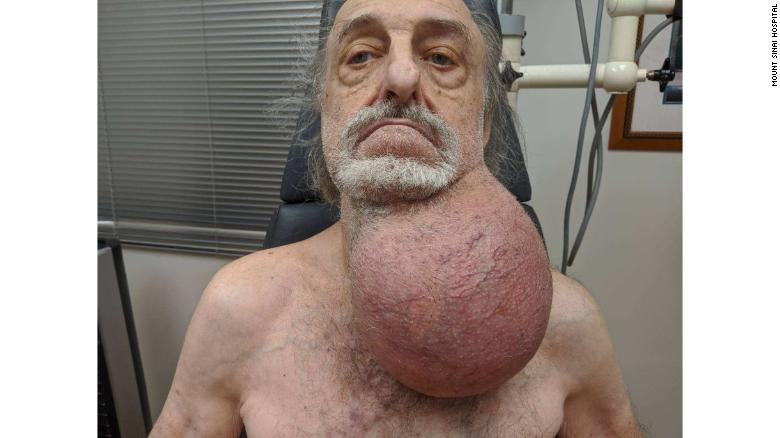 The man’s tumor as seen before surgery.

The men had a very through conversation regarding what could happen during surgery — including potential complications. “I want everybody to be prepared, before we step in the operating room, for any scenario,” Khan told CNN of what was conveyed.

The surgery, which took seven hours, was a success. Khan said the malignant tumor he removed weighed between 5 and 7 pounds.

And his patient’s recovery is only just beginning. 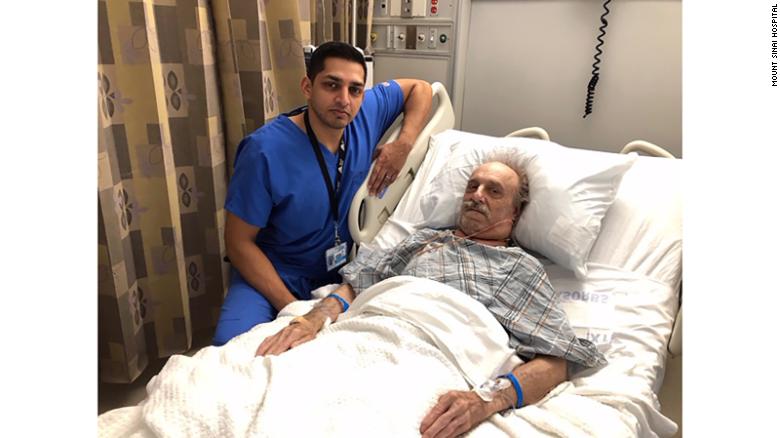 Dr. Nazir Khan and Milton Winger post for a photo after surgery.

“I know that he’s going to need further therapy, and so my training has made me cautiously optimistic in a way, because I know he still has a road to go,” Khan said.

“But, you know, I’m happy for him, because I know that he was very scared before the surgery…it was a relatively quicker surgery than we anticipated, we didn’t have to do a reconstruction, and he did well.”

Wingert is recovering at the hospital and declined to speak with CNN. He gave his doctor permission to speak about the case.