A 70-year-old Japanese man who describes himself as a professional “fundoshi”, or “poop soil master” has been moving bowels outdoors for almost half a centuries, and encouraging others to follow his example.

Masana Izawa, a published mushroom and moss photographer, is famous for avoiding indoor toilets as much as he can. In fact, he prides himself with the fact that he has only pooped indoor 14 times in the last 20 years, and then only because he had no other choice.

Whether he is at his home in Japan’s Ibaraki Prefecture, in an urban environment or in the middle of nature, Izawa always does his number two outdoors. He believes that relieving ourselves in the soil rather than in dead plumbing is our responsibility as humans, and he has taken it upon himself to convince people that their poop isn’t worthless at all.

“It’s a fundamental idea: ‘To eat is to take life, but it’s also our right. To poop is a responsibility we need to be aware of. To poop outdoors is a way of giving back life,’” Izawa explained his fundoshisÅ philosophy. “The world could be a better place if humans did away with their arrogance. I want people to think outside the box and question their stereotypes.”

The 70-year-old Japanese photographer realized the importance of pooping outdoors back in 1973, when protesting the construction of a human faeces disposal plant, as a conservationist. It got him thinking about how people look at their poop, whether they realize how important it is to other creatures, how they are wasting it by flushing it away into a “dead river” passing through plumbing, and if anyone else actually cared. He certainly did, and going forward he shunned indoor plumbing, opting to relieve himself in the great outdoors instead.

Speaking about the positive effects of pooping outdoors, the professional fundoshi said that days after burying his poop in a shallow hole and covering it up, he could see the soil around it teeming with life. Fungi in symbiotic relationships with plants providing necessary nutrients, trees stretching their roots toward the nutrient-dense areas, and even small insects like ants enjoying the abundant buffet.

Interestingly, in almost 50 years of defecating outdoors, Mr. Izawa has allegedly never been told not to do it, by anyone. He was only caught in the act once, while in a Tokyo alley, by a homeless man, but he got over it and insists that outdoor pooping is doable even in crowded urban areas.

“It’s trickier in Tokyo for sure, but I’ve found inconspicuous spots over the years. There are a few good spots,” Izawa told the Japan Times.

Japan’s poop soil master also shunned toilet paper a long time ago, after noticing that toilet paper that he had buried in the soil months before hadn’t completely decomposed. He has been using various plant leaves instead, saying that there is plenty of smooth, absorbent foliage to choose from. 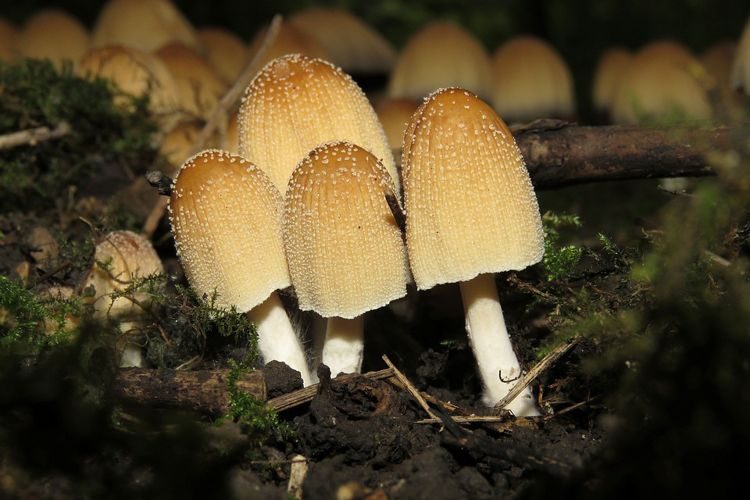 Masana Izawa says that through his career as a professional fundoshi – a job he writes down on his tax forms – he has been able to influence other people’s views of poop and “noguso” (outdoor pooping). A few started following his example, but he admits that most still have concern regarding hygiene.

“Hygiene is to keep humans healthy. But a human-centered standpoint has led to obsession with sterilization and bacteria-killing,” Izawa said about most people’s obsession with cleanliness.

To those willing to follow his fundoshi philosophy and shun indoor pooping, the poop soil master recommend that they dig a shallow hole before moving bowels, and covering it up after they are done. He also points out that the spot has to be picked out as not to contaminate the alpine zone and water source where the decomposition power is weak.