Next Level U.S. dance and music exchange lands in Ghana 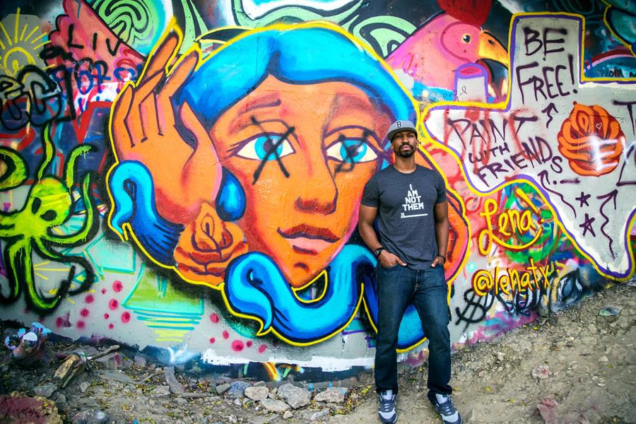 Next Level, the U.S. Department of State’s dance and music exchange program that uses hip hop to teach leadership, foster careers in the arts, and empower youth to develop community-based solutions has arrived in Ghana.

The Next Level team will spend two weeks in Ghana, focused on engaging youth in Ghana’s north and mentoring young artists in Accra.

Working with the West Africa Center for Counter-Extremism (WACCE) and Accra’s National Theatre, four American artist-educators will conduct workshops, lecture demonstrations, and masterclasses, as well as live performances in Tamale (May 23-28) and Accra (May 30-June 3).

Young artists in each city have been selected to participate in this unique opportunity for professional development, cultural exchange, and career mentoring.

The programs will culminate in live performances in Tamale at the Aliu Mahama Sports Stadium on Saturday, May 28 at 4 pm and in Accra at the National Theatre on Friday, June 3 at 7 pm.

The Next Level team is led by Epiphany “Big Piph” Morrow. Big Piph is the lead coordinator of both the F.A.M. Project, which empowers future youth leaders to lead now and Global Kids-Arkansas, which sends high-performing high school students from underserved communities abroad to do social service projects. He attended Stanford University and performs regularly with his seven-piece band, Tomorrow Maybe.

“Next Level is an opportunity for U.S. artists to share our passion and our experience with young people in Ghana. We are excited about the cultural exchange over the next two weeks. We plan to learn as much as we share,” said Big Piph on his arrival in Accra.

The Next Level team also includes:

Suzi Analogue (Beatmaking) is a prolific producer, songwriter, composer, member of the Recording Academy /Grammys and creator of Never Normal Records based in Miami, Florida.

She is energetically pioneering the new wave of women producers in electronic music and beyond.

Trained in classical and jazz piano at Westminster Conservatory and Sarah Lawrence College, Kala is also a student of West African and Afro-Latin percussion.

A passionate teacher, Kala has taught music and literary arts education for over a decade.

Originally from Wagga Wagga, Australia, he has painted and exhibited work around the world in more than 20 countries and has also provided artwork for the Global Mural Conference, Mi Sangre Foundation, MTV Music Video Awards, Doctors Without Borders, MLB All Star Game, and Michelle Obama, among numerous others.

Harry “Fullout” Weston (Hip Hop Dance) fell in love with Hip Hop and street dance culture at the age of 15 through a mentor.

At just 18 years old, he moved to Los Angeles to study dance at UCLA where he joined the Hip Hop dance company, Versa-Style, in 2009. Currently, he directs the UCLA Hip Hop/Street Dance Summer Intensive.

Hakim Zziwa “Hakim.Z” (Videographer) is a passionate storyteller inspired by his background as a dance artist.

Currently splitting time between Boston and Uganda, where he was born and raised, Hakim.Z focuses on dance visual storytelling. A number of his dance videos have earned official selections in dance festivals across the country.

The team will work with young artists in Tamale and Accra over the next two weeks, May 23-June 3. Click here for more information.

Next Level is an initiative of the U.S. Department of State, the University of North Carolina at Chapel Hill, and the Meridian International Center.

Its mission is to use Hip Hop music and dance to foster cross-cultural creative exchange in diverse communities.