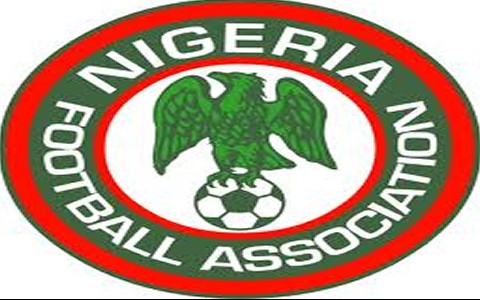 The Nigeria Football Federation (NFF) will today unveil the new jersey of Nigeria's national football teams, which will also serve as the official jersey of the Super Eagles at the 20th FIFA World Cup finals taking place in Brazil this summer.

The Super Eagles are to wear the new jersey at next week's international friendly against Mexico in Atlanta, Georgia, USA.
The new design produced by Adidas, the official kit supplier of the national teams and the leading kit manufacturers in the world, is already raising eyebrow because of the lemon green used instead of the traditional leaf green associated with Nigeria.

Minister of Sports and Chairman, National Sports Commission, Alhaji Bolaji Abdullahi will be special guest of honour at the event slated for the front area of the Sunday Dankaro Football House, Package B of the National Stadium Complex, Abuja, from 10am.

NFF President, Alhaji Aminu Maigari, will have the compliment of members of his executive committee, as well as NFF management led by General Secretary, Musa Amadu.

Assistant Coach of Super Eagles, Daniel Amokachi, will represent Head Coach, Stephen Keshi, who is already in the United States preparatory to next Wednesday's friendly against Mexico in Atlanta.

"There is a uniqueness about the new jersey that Nigerians will love. The design is a top-of-the-range thing specially for the FIFA World Cup Brazil 2014," Amadu said yesterday.