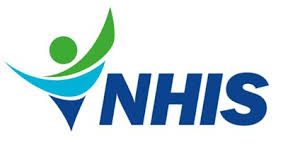 Service providers of the National Health Insurance Authority (NHIA), will soon heave a sigh of relief as the government has promised to start paying their claims in February.

Some of the facilities are on the verge of folding up following the Authority’s inability to settle claims for services they rendered to subscribers for almost a year.

However, Deputy Minister of Health, Dr. Victor Bampoe who was addressing a meeting with District Directors in the Western Region and the Ebola Emergency Team said, he will personally ensure that the health facilities are paid their claims within the next four weeks.

The meeting was on the sidelines of the Deputy Minister's visit to assess the Region's Ebola preparedness.

Joy News' Seth Kwame Boateng who is traveling with the team reports, officials at the Regional Hospital at Effia Nkwanta say the facility for instance, is owed over four million Ghana cedis being unpaid claims for the past eleven months.

But Dr. Bampoe assured government is initiating some reforms including curbing unnecessary expenditure. He mentioned ongoing piloting of the capitation scheme, as one of the measures that will significantly minimize such incidences.

“Expenditure is ballooning and there’s evidence that not all the expenditure is actually real expenditure so we need to find a way to hold the galloping expenditure. It’s going to be painful in the beginning, but some of those things would have to be done,” he said.

Meanwhile, the Deputy Minister observed that, the manner in which the scheme is being run now, does not make it sustainable.

“…there’s also a thinking about looking at the whole benefits package…this is one of the most generous insurances schemes in the world covering almost 95% of diseases”.

According to him, 47% of funding from the NHIA goes into medication making it “one of the highest in the world” against the industry average of about 20% to 35%.

“So that also has to be looked at very, very seriously,” he stressed.