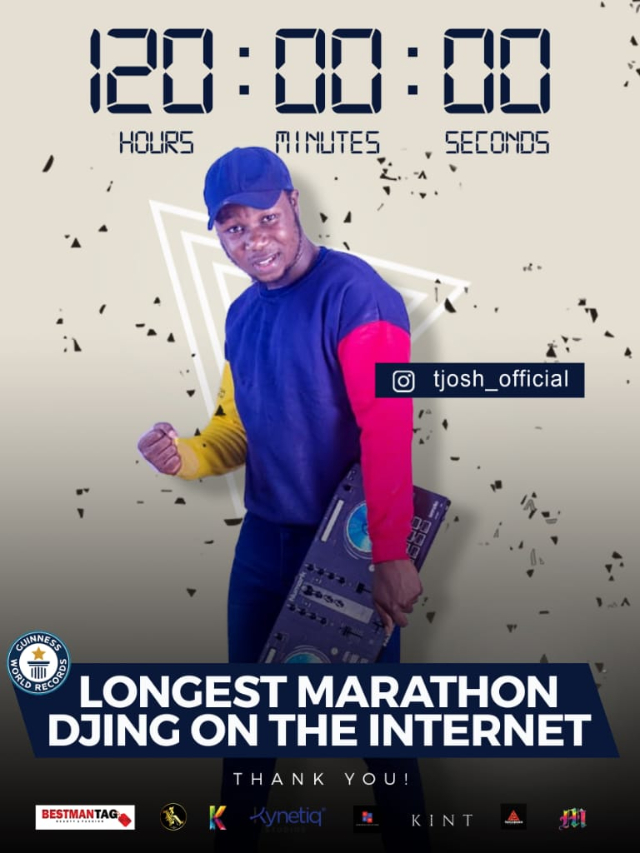 After playing for five continuous days, Nigerian disk jockey, Timileyin Joshua popularly referred to as DJ Tosh, has set a world record for longest marathon djing on the internet.

DJ Tosh announced his decision to take up the challenge on January 14, 2020.

The announcement was followed by massive support and buzz on social media.

The marathon started on January 22 and lasted five days in total without him getting a minute of sleep.

He completed the challenge on January 26 after playing music for 120 hours amidst jubilation.

Thank you for the support my people!!! I just set the Guinness World Record for the “LONGEST MARATHON DJING ON THE INTERNET” @GWR #gwr2020 #tjmixingworldrecord pic.twitter.com/HZi7TA7Bwp

The Dj was cheered on by fans on social media throughout the period.

As things stand, he has set a world record that will be recognised by the Guinness Book of Records.