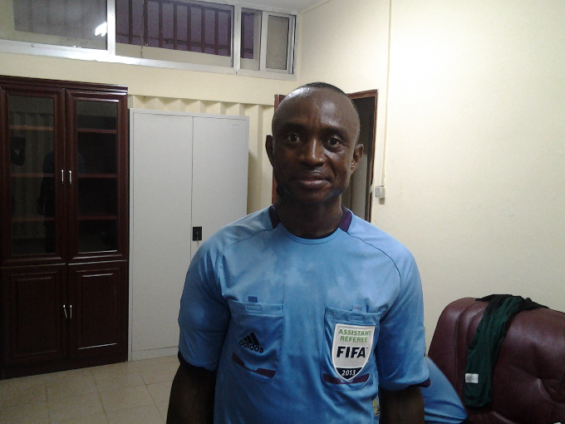 Nigeria’s foremost referee Peter Edibi has been invited to officiate during the 30th Orange Africa Cup of Nations taking place between January 17 to February 8 in Equatorial Guinea.

A CAF invitation letter dated December 8, addressed to the General Secretary of the Nigeria Football Association, carried the information, requesting Mr Edibi to report in Bata by January 7 2015 at the latest to take part in the fitness test scheduled for January 9, followed by the refresher course for those who will scale the fitness hurdle.

Signed by the CAF referees manager Eddy Maillet, the NFF is to ensure that Edibi “arrives in Bata in the best possible  physical condition.”

Peter Edibi, one of Africa’s best assistant referees narrowly missed going to the world cup in Brazil after he had been selected to officiate at the FIFA World Club Championship last year in Morocco and was on duty in the third place match.

Before then, he was also selected by FIFA for the FIFA U20 World Cup in Turkey. As far back as 2007, Edibi was in the CAF Delegation to the U17 tourney in Togo, graduating to the Africa Cup of nations in Ghana in 2008 and did so well that in the CHAN competition that held in Cote Divoire in 2019 he was in the final match involving Congo DR and Ghana.

Again in the Nations Cup in Angola 2010,Edibi  was picked and was also on duty in Sudan for CHAN where he officiated in the semi-finals.

That Nigeria did not qualify for the Nations Cup   in Equatorial Guinea /Gabon did not stop CAF from inviting him for the finals in 2012 and     in South Africa in 2013, Edibi was good enough for the final match , but because Nigeria had qualified for the final, was made to handle the third place match.

The current appointment is therefore, his fourth Nations Cup appearance in as many tournaments.