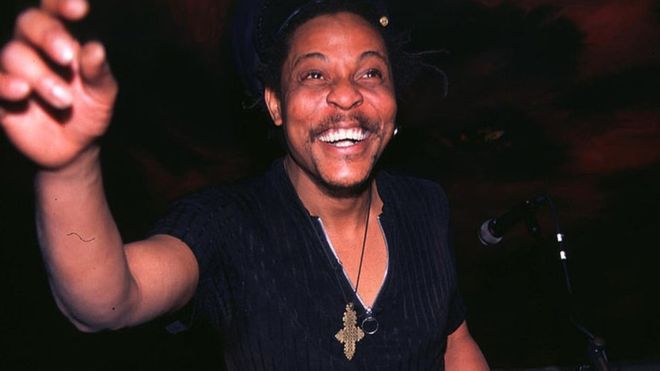 Nigerian reggae legend Majek Fashek has died at the age of 57.

The performer, popular for hits such as Send Down the Rain and So Long for Too Long, died in his sleep in New York, his manager Omenka Uzoma told the BBC.

Writing on Instagram, Mr Uzoma said it was “a time for us all to celebrate his achievements, and not mourn”.

The musician, whose real name was Majekodunmi Fasheke, also worked with stars like Jimmy Cliff, Tracy Chapman and Snoop Dogg.

“He’s done a lot for Nigeria and Africa,” his manager said.

Majek Fashek had been ill for some time but the cause of his death is not clear.

He was drawn to reggae in the 1980s at a point when highlife and juju were more dominant in Nigeria.

The artist said Bob Marley was a major influence as a consequence his musical style and looks mirrored the Jamaican legend.

His 1991 release So Long for Too Long, which carried a strong political and pan-African message gained Majek Fashek acclaim across Africa.

The song was a call for Africans to rise up, both in the continent and those in the diaspora.

Arise from your sleep Africa

Arise from your sleep America

There’s work to be done Africa

He also had a message for black people in the US:

Who had a dream for you Africa

Who had a dream for you America

He also wrote the song Free Africa, Free Mandela, calling for the release of the leader of the African National Congress in South Africa, Nelson Mandela.

As a sign of his international reach, he appeared in 1992 on the high-profile David Letterman chat show on US television, where he sang So Long for Too Long.

In the mid 2000s there were reports that the musician was struggling with his health.

Pictures of an emaciated Majek Fashek shocked Nigerians who were concerned about the star.

In 2015, he spent some time in a drug rehabilitation centre in Nigeria’s capital, Abuja.