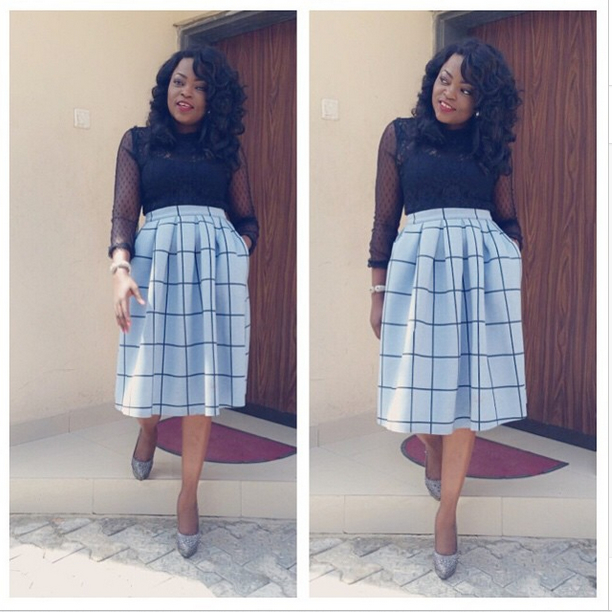 Nollywood actress, Funke Akindele rode a bicycle to church last Sunday due to the fuel crisis that hit Nigeria. This is according to her post on the social media.

Nigeria was brought to a virtual standstill by fuel shortages, caused by a row between the outgoing government and importers, as well as strikes by petrol tanker drivers and oil and gas workers.

Despite being Africa’s biggest oil producer, petroleum products have to be imported to Nigeria because of a lack of functioning domestic refineries.

The government keeps the price at the pumps below the market rate for consumers and pays the difference to importers and marketers.

But they said they were owed $1 billion in arrears and therefore shut fuel depots until the balance was paid.

The Nigerian government maintained that the money had been paid and the importers were holding the country to ransom by demanding losses from the slump in the naira currency caused by the global drop in oil prices.

It was reported Monday that Nigeria's fuel wholesalers have reached a deal with the government that should see the end of the crippling fuel crisis.