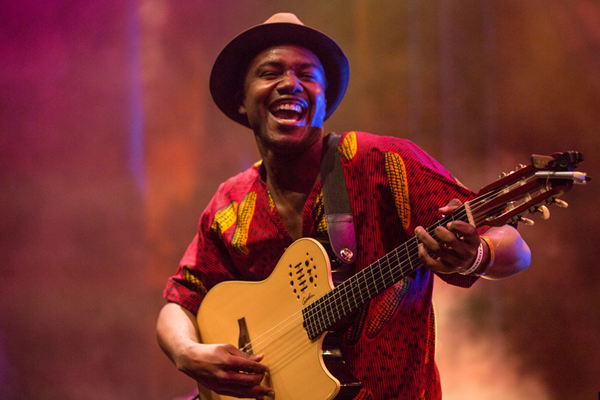 Young artiste Kyekyeku has said no genre of music in the country supersedes the Ghanaian Highlife.

According to the musician, highlife is the definitive music of Ghana thus when people outside hear music from Ghana, they hear it in the cultural context.

He stated “if you want to showcase Ghana very well, it has to be with highlife or music with traces of high life in it,” told Daniel Dadzie on the Super Morning Show, Thursday.

“I am sure other people agree that highlife defines Ghanaian music, but the execution and conviction to perform it is what brings the dilemma,” Kyekyeku added.

Kyekyeku explained the authentic highlife sounds may not be have been documented but the pioneers are ready to talk and help people learn more about it.

The musician whose work is rooted deeply in highlife said he makes a conscious effort to look for some of these pioneers, talk to them and learn about the music in their time.

“Because their music was not documented, they are willing to talk and share their experiences, I think learning directly from them is the way to go,” Kyekyeku added.

He revealed it is important to bridge the gab between the Highlife era and the new era that was created by the curfew in the military rule.

The young artiste who has played with many highlife legends including Ambulley, Ebo Taylor, Agya Koo Nimo and Bessa Simons encourage artistes to play the highlife music as much as possible.

“it is very easy to learn and play highlife also it gives room to add your unique touch to it," Kyekyeku stated.