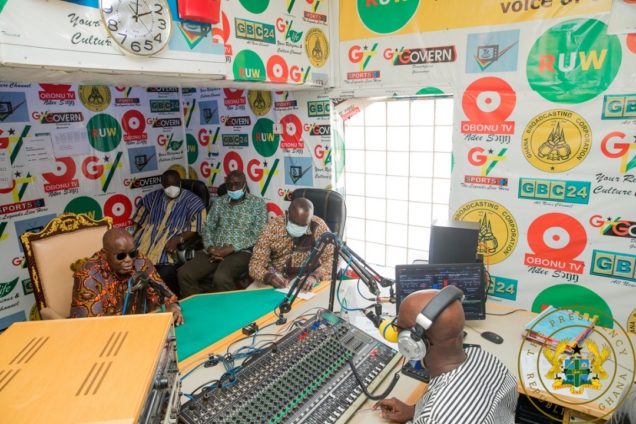 President Akufo-Addo has conceded that the Northern Development Authority (NDA) is fraught with problems.

According to him, plans are afoot to restructure it.

Speaking to Radio Upper West’s Seidu Bomanjo at the start of his two-day official tour of the region, he stated that at the moment there is an interim management committee that has put in place to run the affairs of the authority.

He said an audit has been conducted on the operations of the scheme which he is yet to see and hoped that it will guide them in future activities.

“It is such an important institution for the development of the area and it is important that we get it right and bring the correct people to come and man the affairs of the authority,” he explained on Tuesday.

President Akufo-Addo also added his voice to that Military High Command on the apology rendered to the Overlord of the Waala traditional area and the people for the brutalized suffered at the hands of 86 soldiers from the 10 Mechanized Battalion Aggrey Barracks.