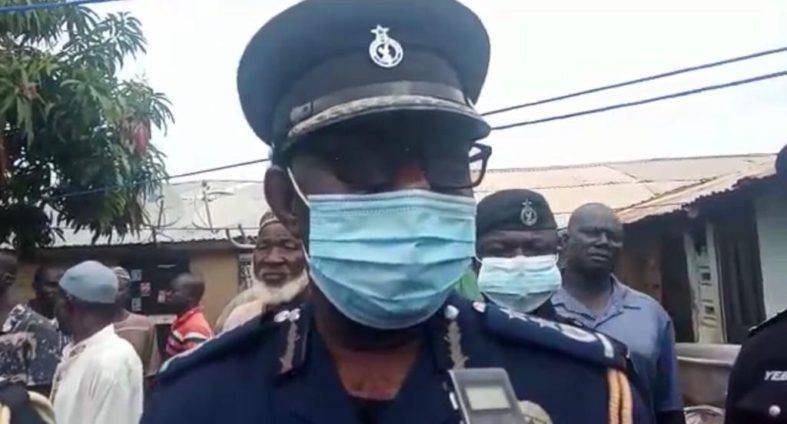 The visit was to apologise to the victims for the manner they were maltreated by Police personnel.

COP Yoosa Bonga said the officers’ duty was not to misconduct themselves but ensure the exercise is smooth.

“We are here to extend our apologies to those who were manhandled,” he said.

The Regional Commander said the Police are to protect, maintain law and order and not abuse people’s rights.
He said investigations are underway, and that would show if people lost anything in the process.

“It’s being investigated, and if it’s found out that any item was missing or not, the investigations will show,” he noted.

COP Timothy Yoosa Bonga added that officers found to have misconducted themselves are normally asked to step aside to ensure uninterrupted investigations, and that has been done.

“In our disciplinary line of action, when the Police administration sees that people have gone beyond expectations, they are interdicted to pave the way for investigations, and they have been interdicted,” the Commander added.

He said the outcome of the investigation will inform the Police about their next line of action.

A victim, Sule Seidu said he received a call from the IGP and now the delegation from the command to commiserate with them.

He said as citizens; they will always need the support of the Police in the protection of life and property.

Mr Saidu said he was impressed by the swift action taken within 24 hours by the IGP.

He added that he lost some valuables when his room was forced open whiles he was away, with his doors also destroyed in the process.

Mr Seidu said he expects that those things are taken care of.

It will be recalled that some Police officers abused residents of Zujung, Lamashegu and Nakpan Zou in the Northern Regional capital on Monday, September 20, when the Northern Electricity Distribution Company (NEDCo) visited these areas to embark on inspection of those using power illegally.

The situation heightened when some of the residents were whipped in the process by the police.

There was an uproar with calls on the Inspector General of Police to investigate the matter.

On Tuesday, the Police command issued a statement interdicting the four officers involved.