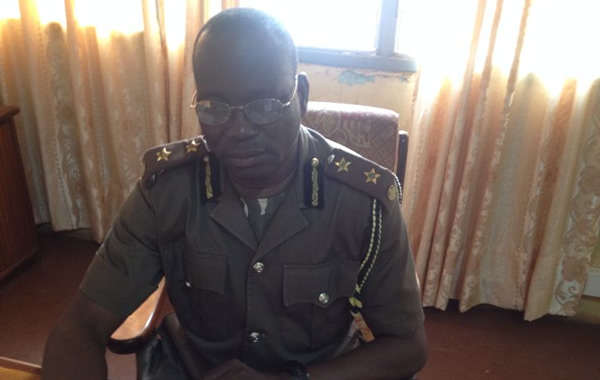 The Northern Regional Prison service is seeking the support of philanthropists, religious bodies, non-governmental organizations and petrochemical industries in the region to rehabilitate the prisons.

That he said will go a long way to addressing the many challenges faced by the prisoners and would essentially lead to reformation of the prisoners.

Irregular and inadequate budgetary allocation to the two prison centres in the region-Yendi and Tamale Prison centres-is hampering the work of officials managing the inmates.

Regional Commander of the Prison service ACP Robert Abundant Awolugutu in an interview with Joy News said the situation at the various prisons were appalling.

He made the comment after a stakeholders meeting with managers of  various filling station operators in the Northern Region.

He said the Ghana Prison Service was a major player in the criminal justice system with the mandate to protect the public through safe custody, rehabilitation and reformation of inmates.

He however noted that budgetary allocation to the Prison service in the Region was not forthcoming.

ACP Robert Awolugutu said clients who supplied food stuffs to the facility had stopped due to the huge debt while some hospitals in the Tamale Metropolis had also refused to attend to prisoners whose health condition is not covered by the National Health Insurance.

The Northern Regional commander also said the Tamale central prison facility had only one vehicle which served him, the Commander as well as all the 300 inmates anytime they are to be taken to the hospital.

‘’There is only one vehicle in the Tamale central prison here which i use with the prisoners each and every day when they want to visit any health facility, what if one day the vehicle breaks down," ACP Robert Awolugutu  asked.’

He said aside the vehicle, there is a perennial water shortage in the yard because the taps hardly flow and the only water tanker serving the facility has broken down.

‘’We need about GHC7, 000 to fix it, but we don’t have the money, i think that we will need a mechanized borehole to solve our perennial water problem’.’

ACP Awolugutu expressed the Northern Regional Prison Service preparedness to partner organisations, philanthropists and civil societies to explore the many planned initiatives to equip inmates with skills in farming, barbering, washing bay, shoe making and rabbit rearing among others to enable them earn a living after their release.

“We have a tall list of strategic programmes that can correct criminal behaviour such as sexual offences, narcotics and anger management but we are unable to implement the initiatives. The existing reformation programmes like tailoring, weaving and basketry are not doing well and needs financial support to revamp them”, he said.

Some of the stakeholders pledged their readiness to support the prison service carryout their mandate.

They however called on central government to step up its effort in providing enough budgetary allocation to the Prison service.