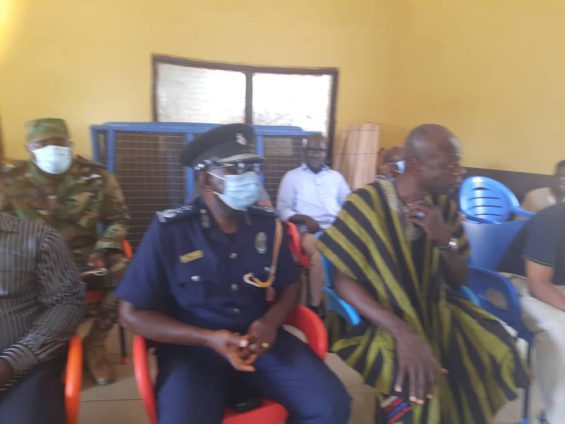 The Northern Regional Minister, Alhaji Shani Alhassan Shaibu has met with chiefs in Tamale to solicit their support to resolve the current impasse in the metropolis.

The minister who visited the four main Palaces in the Metropolis said he was impressed with the overwhelming support he has received from the chiefs.

Some youth in the area attacked the offices of the Northern Electricity Distribution Company (NEDCo) in the Northern Region and, in the process, destroyed some properties of the company on Saturday.

Reports indicate that the youth were on a demonstration to present their petition to some chiefs following recent police brutality on some residents on September 20.

Speaking to the media after the meeting, the minister said the chiefs were not happy with the turn of events.

He also noted that the chiefs have endorsed whatever measures they want to use to curb the lawlessness in the region.

“We have their support in making sure that the lawlessness is curbed in the Metropolis and that is exactly the mandate that we were looking for,” he said.

The Minister added that most often when these arrests are made the chiefs intervene reason they decided to consult them first.

“Most at times you do these arrests and the backlash is that the chiefs are calling to make sure that these people are released because they haven’t been well informed about the problem you are encountering with such criminals, that is the reason why we have taken the initiative after REGSEC to go and brief these chiefs so that they will know what the problem is so that they can also contribute on resolving it,” the Minister added.

Alhaji Shani said the leaders will be invited in the coming days.