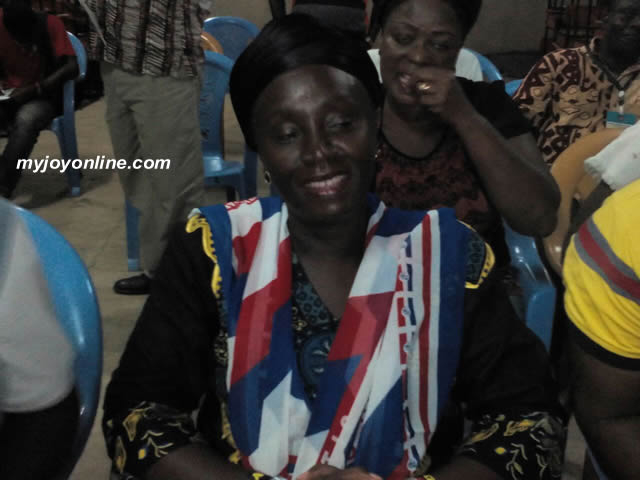 The NPP candidate polled an overwhelming 10,033 votes which represented 89.60% of the total votes cast on Tuesday to become the new MP.

She will be sworn into Parliament in the coming days but may soon hit the campaign grounds when the 2016 presidential and parliamentary elections get on the road.

Her closest contender, Isaac Kwarteng of the United Front Party polled 901 which represented 8.05%.

The election follows the murder of the Member of Parliament for the area J.B Dankwa Adu last month.

The governing NDC pulled out of the election saying it did not want to benefit from the MP’s death.