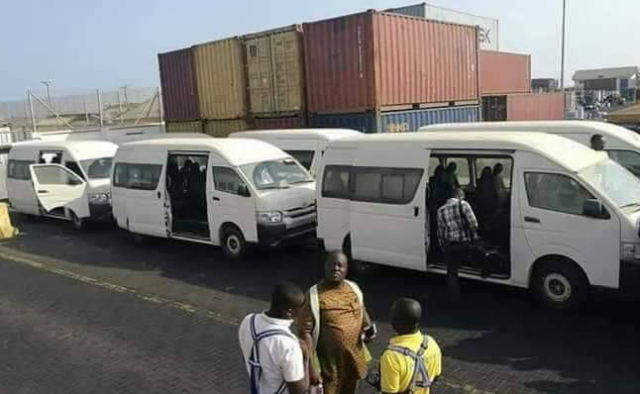 A Political Science lecturer at the University of Ghana has argued that the New Patriotic Party’s silence on the opulence displayed by Chairman Freddy Blay is an endorsement of vote buying.

Professor Ransford Gyampo says he is unconvinced that the 275 busses bought by Mr Blay for the Party’s constituencies across the country does not amount to vote buying.

Prof Gyampo explains that he has no problem with a party member spending personal money to procure property for their party but the timing in which it is done constitutes ordinary good will or vote buying.

“If someone has resources and wants to help party that’s fine but the timing is what determines if it’s vote buying or not and the timing the buses came, you cannot tell me that it wasn’t vote buying,” Prof Gyampo said.

The lecturer who is also Head of European Studies at the University of Ghana added that the silence of the leadership governing party on the situation amounts to an endorsement of vote buying.

“…yet the party itself failed to say anything against it…the silence of the party in my view, amounts to a conferment of legitimacy on vote buying,” he said.

Speaking to Joy News’ Kojo Yankson Monday, Prof Gyampo lamented the adverse effects vote buying can have on the country; saying that it can breed poor governance.

“We must be worried about the implications of vote buying on the expression on the sovereign will of people. We want people to choose leaders with their own wisdom and conscience and if you buy votes, it means people vote against their conscience,” he argued.

He argued that his comments are not limited to the NPP alone but extends to the entire political landscape of the country.

Meanwhile, the opposition National Democratic Congress (NDC) has called for a forensic audit into the accounts of Mr Blay for what they describe as a vulgar display of opulence.

A statement signed by the Ranking Member of Mines and Energy Committee, Adam Mutawakilu, also demanded that Mr Blay be made to step aside as GNPC Board Chairman in the interim ahead of the forensic audit.

“The gross misconduct of Mr Freddie Blay fuelled by his insatiable desire for political power no matter the cost, renders him unsuitable as the man to remain in charge of our oil and gas resources. Ghana is not safe,” the statement said.

Chairman of the National House of Chiefs, Togbe Afede XIV has also called on the Special Prosecutor, Martin Amidu to look into the issue.