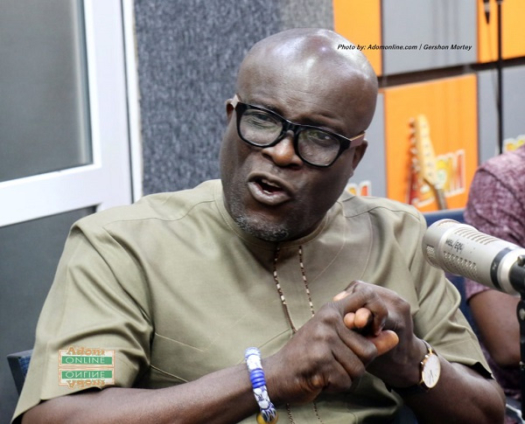 Mr Titus-Glover, has stated that he cannot work with the newly elected National Organizer, Henry Nana Boakye, popularly known as Nana B, adding that he will turn down any offer from Mr. Boakye to help him.

In an interview on Joy FM’s Midday News, in response, Mr Asah Asare said the New Party Party will go ahead irrespective of Mr Titus-Glover’s threat.

This, he explained is because the party is an entity and therefore would function perfectly since “it is bigger and stronger than him [Titus Glover].”

Mr Asah Asante, however, said he is surprised that Mr Titus-Glover would make such a statement, adding that, in any case, if he doesn’t want to support the party to win power that is his own problem.

For the analyst, it does not lie in his mouth to make such a statement.

“I think people must know that in a democracy it is a contest and definitely one person will win and when you lose you have to accept defeat and abide by the rules of the game.

“And you’re prepared to work with the party to gain power, the ultimate gain of any political party is to win power and form the next government,” he said.

The New Patriotic Party held its National Delegates Conference on Saturday, July 16 at the Accra Sports Stadium to elect new National Executives who will man the affairs of the party in order to ‘break the eight’.

The conference, which drew around 6000 delegates, had the theme “Working together, holding together.”